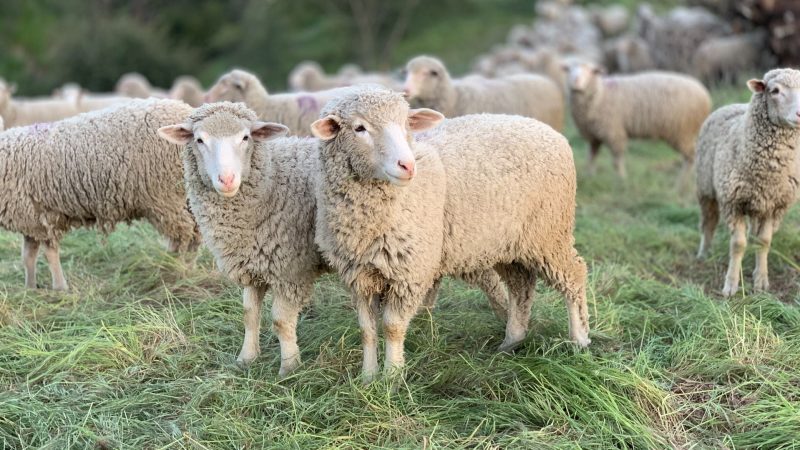 An Australian pilot study showed that sheep give better yield when fed with hemp pellets rather than their regular food. The value of industrial hemp as a forage crop was evaluated in a project called “Opening the gates to hemp grazed livestock in Australia.”

The Morpeth Late hemp variety was used as a potential summer feed alternative, and the results were amazing!

More precisely, researchers noted that hemp-fed sheep produced more nutritious volatile fatty acids, which shows that they digest hemp better than they do other foods.

Also, the fifteen merino wethers that were selected for the study showed good responses to hemp food in terms of improvement in their performance and development during the monitoring process, which lasted for 56 days.

But besides the fact that recreational cannabis is legal in Canberra, the Australian regulatory requirements for THC in food are very strict. So, scientists will have to think of a way to go over the issue of the THC, which was found in almost every sheep tissue of those that ate hemp.

The project was conducted by: Charles Sturt University, Department of Primary Industries and Regional Development (DPIRD), and ChemCentre WA. Nevertheless, feeding livestock with hemp is not an originally Australian idea. Ever since the legalization wave took a full swing at the nation in the US, both farmers and scientists are eyeballing hemp leftovers as a potential food source for farm animals.

No doubt, this would be a very efficient way of getting rid of all that extra biomass left behind in the massive cannabis production.

A few examples show how serious Americans are about this question. Late last year, the US Department of Agriculture (USDA) granted $200k to a Kansas State Univerity study that inspects whether cattle can benefit from a meal consisting of hemp leftovers.

And a few months ago, a Colorado nonprofit organization—the Hemp Feed Coalition (HFC) even made an official request for hemp to join the regular ingredients in animal feeding.