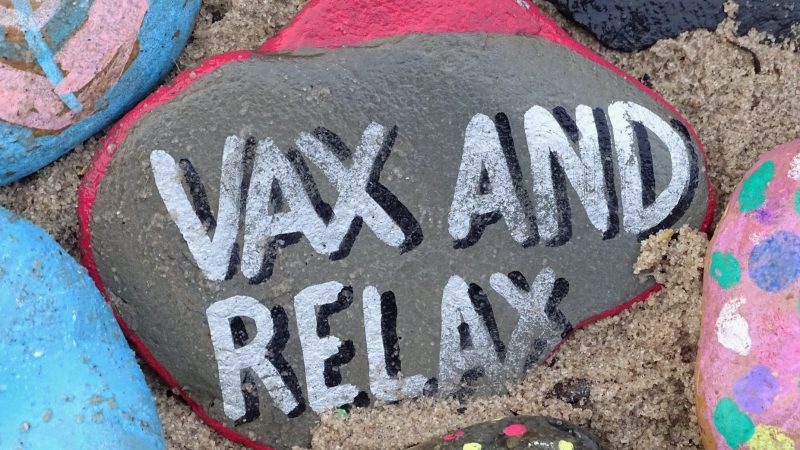 During the 4/20 celebration of recreational cannabis legalization, New Yorkers who have been vaccinated against Covid-19 had a chance to get an unusual reward for it — a joint. Namely, cannabis activists who organized the celebration were handing out free cannabis in Manhattan to anyone who had proof they had received at least one vaccine shot — a vaccination card.

Michael O’Malley, one of the organizers, is enthusiastic about being able to just sit outside and legally hand the joints to people around. He adds that the organization is supporting the efforts to accelerate the process of vaccination and thus trying to move closer towards federal cannabis legalization.

The distribution began at 11:00 am and lasted until 4:20 pm, with dozens of people waiting in the queue for their joint of joy. The atmosphere was quite relaxed and everything looked orderly. Captions such as “pro-vaxx, pro-weed” could be seen around. The only thing that seemed outside control was whether someone waited in a queue twice.

Sarah Overholt (38) got two joints for showing vaccination cards of herself and her mother. She states that everybody should get a vaccine, but that it should not be motivated by getting free weed.

24-year-old Alex Zerbe says he smokes up to twice a day and although he can have a joint anytime in a legal way, he just found this whole initiative was a really cool idea.

By 11:30, almost 200 joints were handed out. As a matter of fact, the volunteers had rolled 1,500 joints in advance. The activists also distributed free joints in Washington DC.

Cannabis purchase and home-based growth of cannabis plants for personal use have been legal for adults over 21 in New York as of March 31. Some of the food and drink brands have also participated in similar pro-vaxx initiatives, e.g. offering various discounts for the vaccinated, hoping to contribute to the reduction of hesitancy over getting a vaccine.