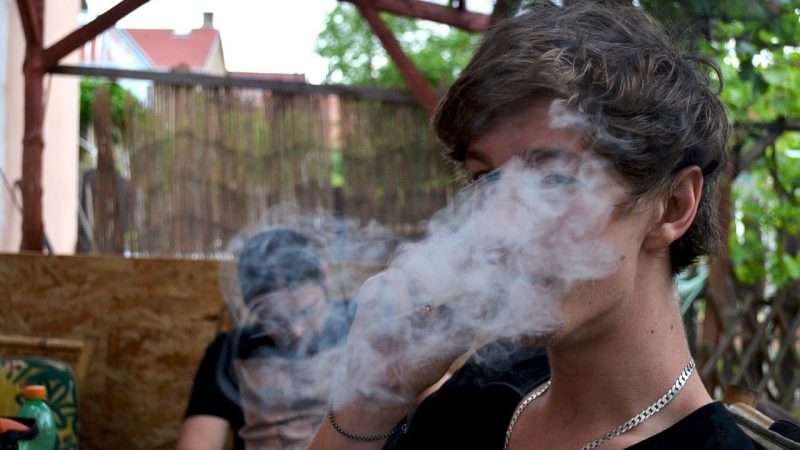 Not everyone becomes dependent on cannabis since in most cases pot enthusiasts are successful at setting boundaries between use and abuse, but believe it or not,  some users really do get hooked. As per recent estimates, 4 million of the US population have some sort of cannabis use disorder (CUD). The science seems to have come up with a strangely paradoxical solution – using one of the cannabis compounds in order to fight cannabis use disorder.

Over the past ten years, there has been a significant increase in the number of pot users who cannot quit smoking cannabis without experiencing unpleasant anxiety symptoms. Reportedly, the majority comprised of the consumers of the potent weed type known as skunk. Professor Val Curran of University College London explains that cannabis contains the two key substances with conflicting effects — while THC boosts anxiety, CBD calms you down and neutralizes the THC out-turns.

Professor Curran’s team ran a trial consisting of 82 examinees with CUD undergoing four-week treatment with adjustable CBD doses aimed at potentially facilitating their cannabis withdrawal process because they wished to stop smoking cannabis. As it turns out, the dose of 400 milligrams worked best, and what is more, it halved the quantity of the cannabis used (as compared to the examinees given placebo pills).  Peculiarly enough, the highest doses of CBD provided were less effective, though not considerably.

Some of the previously conducted studies have shown that throughout the challenge of quitting cannabis, the users can also be assisted by products such as Sativex, which contains THC as well. Also, it’s not approved in the US at the moment. However, Professor Iain McGregor of the University of Sydney, who lends a helping hand to Curran’s study, claims that using CBD alone in fighting cannabis addiction is more beneficial, because of its mighty effects in soothing anxiety.

As time goes on, the range of CBD supplements available in pharmacies is expected to expand, but for now, the doses that are sold are remarkably lower than those Professor Curran’s team made use of in their trial. Therefore, it is debatable whether these products’ effects would turn out to be as fruitful. Of course, until higher doses are accessible, it is recommended to seek medical attention if you think your cannabis cravings are getting out of control.