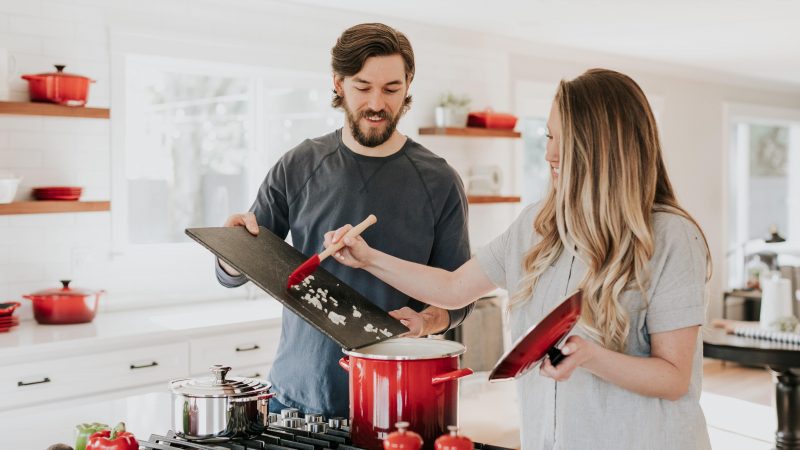 Singer Kelis, probably best known for her mega-hit Milkshake, has announced an exciting new project — a cooking competition using weed as an ingredient in the crafting of culinary masterpieces.

Cooked with Cannabis — a six-episode show — will be co-hosted by Kelis and Portland-based weed chef, Leather Storrs. It is set to premiere on Netflix on 4/20.

Each of the six episodes of the first season will feature three professional chefs competing to create a three-course meal with cannabis-infused ingredients for a prize of $10,000. The pot-inspired creations will be rated by hosts Kelis and Storrs and a rotating panel of celebrity guests.

Some of the dinner guests set to appear on the show include rapper Too $hort and former talk show host and cannabis advocate — Ricki Lake.

In her Instagram post announcing the release of Cooked with Cannabis, Kelis expressed her interest in food as a powerful topic in today’s society that allows for different oppressed groups to “learn and grow together.”

In addition to a successful music career spanning almost two decades, Kelis has long been a part of the culinary world, as well. Since graduating from the renowned Le Cordon Bleu culinary school as a trained saucier, the Caught out There singer has published a cookbook, hosted a show on the Cooking Channel, launched her own sauce line, and partnered with other chefs and brands, such as Puma, Spotify, and Airbnb, for curated culinary experiences.

Netflix is no stranger to cannabis-related content and cooking competitions. With documentaries like Grass is Greener and Weed the People, as well as a long list of stoner movies to stream, this platform is the perfect medium for shows like Cooked with Cannabis which are aimed at foodies, cannabis enthusiasts, and people who would like to learn more about both.

This type of programming might just be the right form of escapism we need during this period of self-isolation and social distancing. We have the time, we can get the ingredients (weed dispensaries are open and delivering), and as of 4/20, Kelis and Netflix will provide the inspiration. So we might as well get cooking with cannabis.