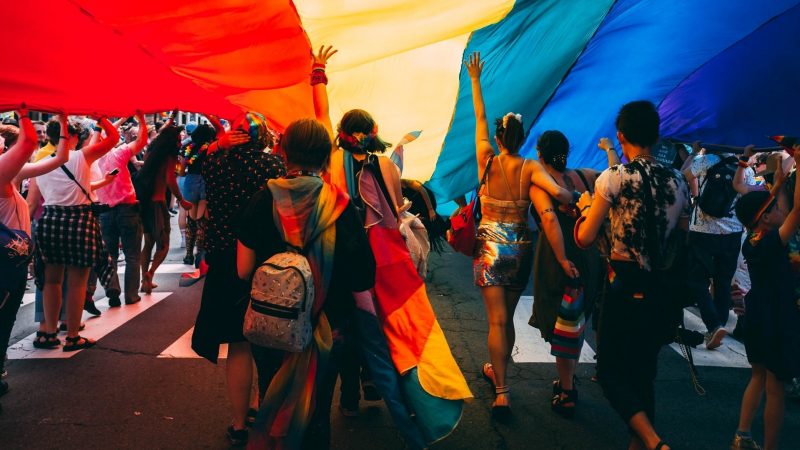 Not many know that they owe a great deal for their legal pot to the LGBTQ+ community. Historically, due to the HIV/AIDS epidemic, queer people were the first to fight for access to medicinal cannabis and win it in the Golden State (1996).

However, today, in the cannabis industry, sexual minorities are underrepresented in every way, especially as business owners. So, the question remains: is the cannabis movement “giving back the love” to the LGBTQ+ or just using their culture as a marketing tool?

The term is “rainbow washing” when products are queer-themed purely for sales purposes.

But, the long-silenced queer community appreciates it, even though, according to a Grindr survey from 2018, 40% prefer year-round visibility and support.

But such exposure is still hard to get, except for a handful of queer-owned brands like Stone Road, Drew Martin Co., Peak Extracts, Laganja Estranja, Cann, and others.

On the upside, many of these got the spotlight during pride month and might rightfully hope to get close to the skyrocketing level of cannabis sales they saw for weed day.

Other brands offer year-round support to the LGBTQ+ community. Some of the most noteworthy include:

What about equity programs?

Although there are Social Equity Programs that concern past cannabis convicts, very few offer help for the queer minorities to the weed industry.

All in all, a month of queer-themed cannabis products might not enough, but it’s a good way to start bending the discrimination curve.