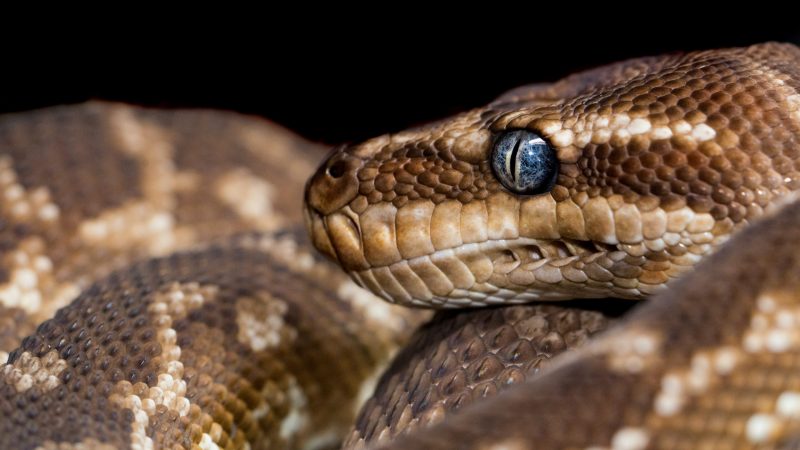 Do snakes love pot? Not really, no. Yet, something rather unusual transpired in Australia just recently during a routine police checkup.

Upon investigating a major cannabis plantation in Far North Queensland, little did police officers know that, apart from cannabis, they would also find a large carpet python on the premises. Despite not being venomous, these carpet-patterned snakes can reach astonishing lengths — of up to 9 feet — and their bites can inflict substantial damage (and pain) to human flesh.

In addition, it is now believed that this snake is, in fact, the pet of the offender and that it was placed there on purpose to safeguard the illegal cannabis facility. Although the snake caught the officers completely off guard, they were quick to neutralize the threat and continue their search.

The Queensland Police even published the video of said raid in which the brave police officer can be seen handling the dangerous reptile with utmost confidence, calmly putting it away on a shelf as if he had prior experience dealing with snakes. The posted video also reveals the alleged marijuana grow room hidden behind tar and equipped with indoor lights.

The officers then went on to confiscate some 40 grams of cannabis and 97 cannabis plants found on the property.

The 28-year-old man was charged with producing and possessing harmful drugs and possessing utensils and will appear in court on August 11. Likewise, the police officers are currently investigating whether the charged man holds an up-to-date license for said reptile; if not, he could be facing additional charges for that as well.