28 Captivating ADHD Statistics to Get Your Full Attention 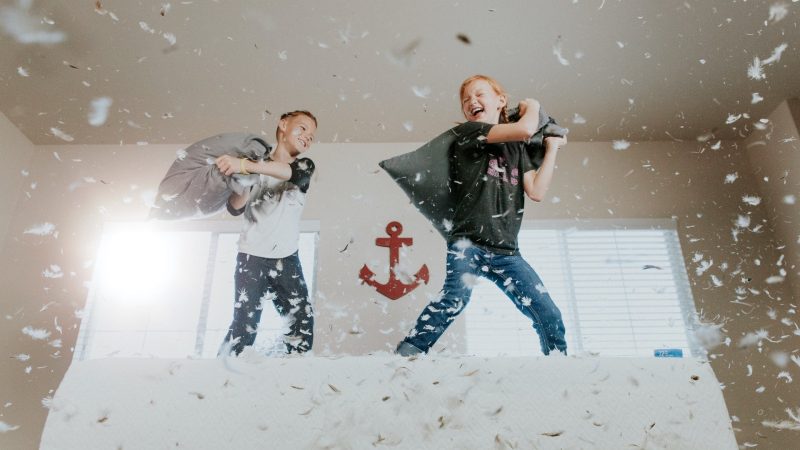 If you’re one of the people affected by ADHD, then good luck trying to read all the way through these! For that reason, we’ve tried to make our ADHD statistics as brief and interesting as possible.

Yes, kids aren’t the only ones dealing with attention deficit hyperactivity disorder, but they do get the most attention. However, we’ve dedicated our sections to teens and adults as well. You’ll also find out just what types of treatments can help. Spoiler alert: video games can help, too!

Here is some information that can help you overcome ADHD-related trouble, including the coronavirus statistics.

Let’s now take a look at them, one amazing stat at a time.

Here is some fundamental information about the notorious attention deficit hyperactivity disorder (ADHD) you need to know to distinguish facts from myths.

1. ADHD is a neurodevelopmental disorder.

What is ADHD? It is one of the most diagnosed disorders in children caused by changes in the brain. The three most characteristic ADHD behaviors are inattention, hyperactivity, and impulsivity. They may be individually present or act as a combination.

2. ADHD facts and myths: is ADHD a learning disability? No, it is not.

ADHD can cause problems with learning, and people with ADHD can have some form of learning disability. However, ADHD symptoms don’t include problems with reading or writing per se, but problems with focusing, hyperactivity, and impulsiveness.

3. There are three types of ADHD.

Interestingly, a child may be diagnosed with one of these only to later exhibit behavior of another type.

4. According to ADHD statistics worldwide, 2.8% of the adult population suffers from this mental disorder.

ADHD statistics from Canada show us that 24% of women with ADHD try to commit suicide during their life, compared to 9% of men with the same mental disorder. ADHD men are four and a half time more likely to do the same. While this study is limited to Canada only, this is still a global problem. Given that ADHD is more often diagnosed in men, there is not much research on women and ADHD.

6. Generally, the highest ADHD rates regarding race and ethnicity are among the black population – 17%.

A study which collected race statistics among kids aged 3 to 17 showed that black children are most challenged, followed by white peers (15%), and non-Hispanic/Latino (12%).

7. Unmedicated ADHD patients have 52% higher chances of getting infected by coronavirus.

The latest Israelian study shows the chances of getting infected by COVID-19 are 52% higher for ADHD patients that go untreated, as opposed to people that go through regular therapy with stimulant medications.

8. ADHD symptoms are difficult to recognize.

How does ADHD affect children, why are boys more often diagnosed with this mental health disorder, and what do the numbers tell us about the treatment and medications?

About 6.1 million kids between the ages of 2 and 17 are diagnosed with some kind of attention deficit hyperactivity disorder. The highest rates of ADHD in kids were spotted in teenagers that make 13.6%, while the lowest rates of 2.4% belong to the youngest population (2-5 years).

On the other hand, ADHD statistics from the UK show us 3%-4% of British children have been diagnosed with ADHD.

Simply put, people with ADHD are more creative because of their natural curiosity and playfulness.

11. Boys have almost 3 times higher chances of being diagnosed with ADHD than girls.

Interesting facts about ADHD refer to sex. Boys are far more likely to have ADHD seeing as 12.9% will develop it compared to only 5.6% of girls. The discrepancy diminishes with age, but it is always present according to most studies.

The reasons for these low female rates vary – from the fact that girls are affected more by the inattention type so ADHD in girls is less obvious, to the theory that ADHD is blamed on a gene on the X chromosome. Females have two of them, so they’re more immune to it.

12. An above-average rise in ADHD cases is noticed in the South and the rates are up to three times higher.

Compared to the states with low rates, the difference is sometimes three-fold. This is especially worrying as it is common practice to treat the disorder with medication. There have been increased efforts to encourage the use of behavioral therapy as well.

14. About 75% of children with ADHD receive some kind of treatment, statistics about ADHD reveal.

Symptoms of ADHD in kids include forgetfulness, lack of focus and attention, fidgeting, interrupting, emotional episodes, and so on.

15. Statistics on ADHD report that 30% of parents recognized more anger outbursts in their children during the lockdown.

ADHD kids rely on routines to control their outbursts. With the “new normal” being anything but the shadow of the previous life, it is little wonder they had difficulties adjusting to it.

About 3% to 5% of teens are diagnosed with ADHD, which also implies that 7% of parents are likely to have a teenager with the disorder. ADHD teens are more likely to skip school often (21%), or even drop out of school (35%).

17. 32.7% of children with ADHD battle anxiety, stats on ADHD indicate.

13.7% of children have autism spectrum disorder, 16.8% have depression, and 45% have some form of learning disorder.

18. ADHD teenagers have higher chances of getting a speeding ticket compared to their peers without ADHD.

According to ADHD statistics, they are more likely to get involved in a car crash and get various violations and suspensions, from speeding to using electronic equipment. What’s more, the drug and alcohol rates were three times higher among teen drivers with ADHD.

19. Children with ADHD are 50% more likely to become bullies or bullying victims compared to their peers.

More than one half of people (62%-64%) that suffer from ADHD were bullies or the victims of bullying in school.

What About Adult ADHD Statistics?

Attention deficit hyperactivity disorder is not linked only to children. There are many adults that live with this mental disorder.

ADHD symptoms in women can often be misread as mood swings or anxiety. Due to these misunderstandings, women often feel demoralized and ashamed, and are more prone to self-harm.

21. Depression is the most previously diagnosed condition in patients that have just been diagnosed with ADHD.

22. American families spend an average of $15,036 each year on ADHD children.

ADHD treatments are not cheap. For example, a typical American family will spend about $2,848 on their child each year while families with ADHD members will spend over five times more. If we make a comparison to other countries, the numbers are even higher.

There are special scholarships for ADHD students that can come from private donations. The amounts vary from $500 to $10,000 depending on the college, as do the rules of application.

Here are some interesting facts about the attention deficit hyperactivity disorder that show us how people are treating this mental health disorder and how successful these treatments are.

24. 70% to 80% of children experienced improvements after the usage of stimulant ADHD medications.

The medications are generally divided into stimulants and non-stimulants. Both may include certain side effects, such as insomnia, mood changes, loss of appetite, headache, dry mouth, dizziness, etc. Non-stimulants are said to have fewer downsides.

25. ADHD statistics show that 43.6% of 12 graders believe the occasional taking of Adderall is harmful.

Although many people take Adderall for ADHD, the long term use of this drug can cause various health problems, like mood swings, depression, insomnia, paranoia, panic attacks, and headaches.

26. CBD oil is good for treating symptoms of ADHD.

There still isn’t sufficient research about CBD oil and ADHD treatment, but CBD trials confirm it can be used to alleviate the symptoms. For instance, in a 2018 study, the hyperactivity levels decreased in 68% of the children.

EndeavorRX is a 3D platformer game created by Akili Interactive. The games’ goal is to collect and dodge obstacles by flying a spacecraft through an alien world. It was especially designed for children aged 8-12 with ADHD, to help them improve their focus. One should play it 25 minutes per day.

28. 8% of Americans use CBD for ADHD and other mental health issues.

When it comes to CBD usage, 64% of Americans reported using CBD oil for pain relief, 49% take CBD to help them deal with stress and anxiety, and 42% use CBD to battle insomnia.

Considering there are many ADHD myths and facts, one might ask oneself is ADHD real or just an excuse? Not only is it a real, serious disorder, but one that’s widely underdiagnosed. The situation regarding children has very much improved as the symptoms are more easily recognized. Still, a lot can be done to help adults suffering from it. Those who had it diagnosed in childhood may be well-equipped to deal with it as adults, but for those who are unaware of their disorder, it is slowly ruining their lives.

Overall, ADHD statistics are much better than they used to be. Research and innovative measures are showing good results. The latest information on CBD and ADHD is very promising, especially as it seems to be safe for treating ADHD symptoms in both kids and adults.

What percent of the population has ADHD?

The number of adult people that suffer from ADHD is approximately 2.8% worldwide, while the number of teenagers diagnosed with this mental health disorder in the US goes over 3.3 million. There are 6 million children with ADHD too.

The statistics also show us that boys are more often diagnosed with ADHD than girls. However, we already mentioned that gender roles are responsible for many misdiagnosis of ADHD in women, so keep that in mind.

Who is more likely to be diagnosed with ADHD?

How likely is it to inherit ADHD?

If you have a first-degree relative with ADHD, you’ve got eight times higher chances of developing ADHD yourself.

There are many risk factors, other than genetics, that can contribute to developing this mental health disorder:

Based on many ADHD statistics, each of the aforementioned factors can increase the risk of developing ADHD.

How to Grind Weed Without a Grinder: 8 Bud-Friendly Ideas

31+ Schizophrenia Statistics to Keep in Mind

What Are Terpenes & Why Do We Love Them (with Examples)

How Many People Smoke Cigarettes in 2022 (Infographic)

What Is Hashish & How You Can Make Real Homemade Hash