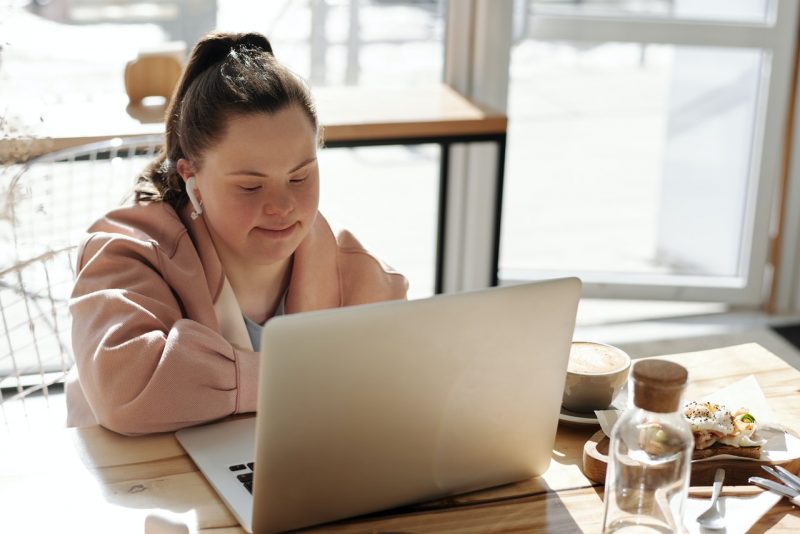 To an autistic person, autism is an innate condition they have to learn how to live with. What is an autism spectrum disorder (ASD) to the rest of the world? It’s usually “someone else’s problem” and the majority are poorly educated about it. That’s why we have prepared the following autism statistics for all of us.

Admit it, there are plenty of questions about autism you would like to see answered. Is it hereditary, or triggered by vaccines? Is there any cure? What are the autism employment rates? How’s coronavirus affecting people on the spectrum? You’re just about to find out.

Here’s a brief preview of the information awaiting you:

Now, let’s get to know the disorder better and get ready to help those living with it.

Autism Facts Everyone Should Know

Here are some general facts we believe everyone should know in order to raise awareness about the disorder.

1. Autism is not a single disorder, but a whole spectrum.

Autism spectrum disorder (ASD) includes a wide range of neurological disorders that have a detrimental effect on cognitive, social, and communicative functions. Autistic people tend to avoid eye contact, have difficulties in listening and following conversations, and so on. On the other hand, they may have outstanding mathematical skills or above-average IQs.

2. The word autism was first used in 1908 to describe schizophrenic patients.

The list of historic facts about autism is very brief if we observe it from the point when the disorder was scientifically defined. From being mistaken for schizophrenia and terms such as “early infantile autism” to the latest (and most precise) definition of autism spectrum disorder from 2013, which includes Asperger’s Syndrome.

3. Vaccines do not trigger autism.

A distinction has to be made between autism facts and myths. Research proves vaccines do not cause ASD, despite the panic which was induced about the measles-mumps-rubella (MMR) vaccine.

4. Level 1 autism is the least severe.

There are three levels of ASD according to the Diagnostic and Statistical Manual of Mental Disorders 5 (DSM-5).

Level 1 individuals need some support and usually benefit a lot from behavioral therapy. Level 2 needs more support and has bigger social deficits, while Level 3 avoids interactions and is prone to reacting strongly to changes.

5. Girls are diagnosed with autism 1.5 years later than boys.

Autism statistics from 2020 show us that there’s quite a discrepancy. Why? The main reason is the lack of obvious signs of autism, given that girls of that age are more advanced when it comes to language abilities.

6. What causes autism? Genetics is regarded as the main cause of autism.

Genetic disorders and mutations can influence the brain and consequently cause serious issues. Some changes may be hereditary, while others are spontaneous.

Environmental factors are currently being investigated as it is still unclear whether and how much viral infections or air pollutants during pregnancy can impact the probability of developing the disorder.

Many scientists, poets, inventors, athletes, painters, actors, and musicians suffered from ASD. It’s even rumored that Beethoven, Mozart, Einstein, and Franz Kafka might have had autism.

8. Levels of autism are not restricted to any race, ethnicity, or socioeconomic group.

9. Autism is often accompanied by a plethora of disorders and illnesses.

They don’t fall under the autism spectrum disorder definition as they can vary greatly from one individual to the other. A child with ASD is more likely to suffer from sleep disorders, bipolar disorder, gastrointestinal problems, schizophrenia, ADHD, depression, or obesity.

The latest global rates and figures about the autism spectrum.

At first glance, it seems that the developed countries have the highest levels of ASD disorders. However, as there is no uniform diagnostic test for diagnosing a person as autistic or not, a lot depends on the overall quality of the country’s healthcare system.

11. Autism statistics from the UK: it’s estimated that 700,000 Brits (children and adults) are diagnosed with autism.

12. Autism rates by country puts the US in third place.

13. Intellectual disability is present in about 50% of the cases.

Having a low IQ (lower than 70) is not obligatory if one is diagnosed with autism, though. Intellectual impairment varies from one case to another. Some even have astounding cognitive skills. In the US, the percentage of children with a mental disability is 31%.

Current Autism Rates in the US

15. Statistics on autism show us that boys are four times more likely to be diagnosed with ASD than girls.

One in 34 boys is diagnosed with autism as opposed to one in 144 girls. Autism can be diagnosed at the age of two, but getting diagnosed is more common at four years old.

16. Over 20% of people who have ASD are also diagnosed with anxiety.

Is autism a mental illness? No, but autistic people have a much higher chance of suffering from mental disorders and other diseases. Obsessive-compulsive disorder (OCD), anxiety, and depression are extremely frequent.

Financial stats on autism show the annual costs of ASD are expected to go much higher than they were in 2015. That year, $268 billion were spent on productivity, medical, and non-medical costs.

18. Drowning is the cause of death in 90% of cases for children with autism that are 14 or younger.

Taking care of a child with autism can be extremely demanding. It appears 50% of children with autism tend to wander, which often ends in accidents. About 28% of 8-year-olds are prone to self-injuring incidents such as head banging, arm biting, or skin scratching.

This means that they can never communicate more than a few words. Consequently, doing research on their thought process is very difficult.

Problems in communication are probably one reason why almost two-thirds of such children have experienced bullying between the ages of 6 and 15.

In other words, one in 32 children is diagnosed with ASD. In contrast, the national average is one in 54.

21. Epilepsy is present in 12.1% of people diagnosed with autism.

Autism can be linked to epilepsy, considering that 9% of the people that have epileptic seizures also suffer from autism.

22. Autism employment statistics show that in Michigan about 90% of people diagnosed with ASD are jobless.

23. It’s estimated that the lifetime cost of autism per person is $3.6 million.

30 years of autism cost the country $7 trillion, and by the end of 2029, the lifetime costs will double, reaching a two-digit number of $15 trillion.

24. One of the most disturbing autism facts and statistics is that autistic people are four times more likely to get infected by COVID-19.

Based on a survey from New York and Pennsylvania, autistic people that are infected with coronavirus are also two times more likely to die, compared to the overall population.

There are two major reasons this happens. First, a lot of patients with some form of developmental disability already have a history of health conditions and diseases. Secondly, those that live in group homes consequently have a much higher risk of getting infected.

Given that the statistics have shown us an increase in cases of this developmental disorder (due to many changes in the diagnostic criteria), it’s only natural to assume that there are many new treatments available. So, what can we expect?

25. Israeli studies show promising results for marijuana and autism in the short term.

Medical cannabis is legal in Israel and a 6 months’ study gained a lot of publicity. 30% of the treated had very improved symptoms, and 50% showed moderate progress. The feedback was collected from parents of 188 teenagers with ASD. The long-term results are yet to be obtained.

26. CBD autism statistics report about 53% of children with ASD had their anxiety symptoms improved after using CBD oil.

We are still waiting for more official research about the power of genuine CBD oil, but in the meantime, testimonials about CBD oil for autism are swarming the internet. According to a survey, almost 60% of the kids were in an overall better mood. 40% had better sleep and appetite, too.

27. AI is already proving to be a great autism aid, according to autism statistics from 2019.

High-tech gadgets are enabling people with the disorder to function better. For instance, QTrobot is a humanoid robot designed to help children in learning social skills. Empower Me smart glasses interpret other people’s reactions and also provide feedback on the anxiety or stress levels of the ASD person wearing them.

28. A special diet is vital as a part of autism treatment.

There isn’t a unique diet prescribed for those with autism, but it has been noted that certain foods (or the lack of them) have a great impact. Generally, gluten, artificial ingredients, corn, sugar, and dairy (casein) are said to worsen the symptoms.

29. Only two medications for autism are FDA approved: Risperidone and Aripiprazole.

They are intended for reducing irritability caused by autism. Yet, that is not their sole purpose. They are also used for treating schizophrenia and bipolar disorder.

30. Epidiolex is likely to be prescribed as one of the medications for autism for epileptic seizures.

As we have already mentioned, epilepsy and autism are often connected. Epidiolex is the only drug containing CBD that the FDA approves of. That supports the claims that CBD for autism is beyond useful.

31. Autism statistics and research confirm a cure for autism does not exist, but that doesn’t mean it’s untreatable.

Every person with autism needs assistance in one way or the other to live their lives better. It is of utmost importance to start with the treatments as soon as possible. They may include medication, behavioral, psychological, educational, or skill-building therapies. Joining a clinical study is also encouraged by the National Institute of Mental Health.

The latest autism statistics report there has been a significant increase in autism cases, but we can take this as a good sign. Chances are that more children are properly diagnosed. As a result, the therapies will start on time, which is essential for ASD treatment.

Cannabis and autism seem to have a bright future together, and artificial intelligence is being employed in the treatment. With good diagnoses and innovations, we can only hope for the best.

Why is autism so common?

Although the latest stats show us a raise in numbers of ASD related cases, the only thing that has changed is the diagnostic criteria. Essentially, since there are no blood tests, scans, or similar, that can determine if someone has ASD, doctors started using other sources (that include observing someone’s behavior history), which resulted in officially higher numbers.

What percent of the population has autism?

It’s hard to estimate the correct number of people that suffer from autism, considering that many cases go unregistered. Despite that, CDC managed to make an estimation, based on the US data, that roughly 2.21% of Americans over 18, and 1.85% under 18 have autism.

As mentioned before, there are no systems that track active autism cases. So, in other words, this estimation is based on a mathematical model.

What country has the highest rate of autism?

The countries with the lowest rates are Taiwan (5 per 10,0000 children), and Poland (3 per 10,000 children). Keep in mind that these autism statistics should not be taken for granted, because, as mentioned above, there are no uniform tracking systems that can tell us the real number of people suffering from autism.

Can CBD Oil for Sleep End Your Insomnia? 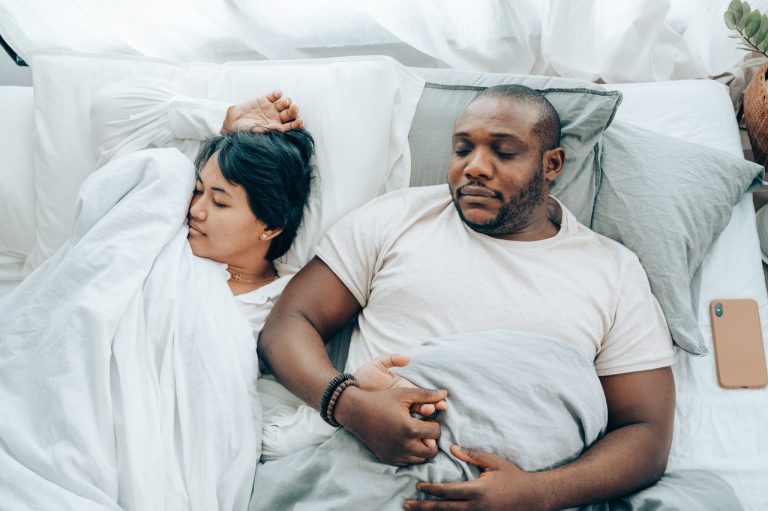