Benefits of Legalizing Weed Are Beyond Impressive in 2021

If only the whole world knew just how much cannabis is wonderful for our overall health, it would be legalized instantly! With this in mind, we’ll do our best to explain how the benefits of legalizing weed could change the world for the better.

In this article, we’ll explain the health, economic, and social advantages of legalizing marijuana. In addition to that, you’ll find out why marijuana is illegal and which states legalized recreational weed.

Moreover, do you know how much of your tax money is wasted on marijuana busts? We do and believe us, you won’t like the figure.

By the time you’re done reading this article, you won’t ask what cannabis legalization can do for you. You’ll want to know what you can do for it!

To legalize or not to legalize, that is the question. Well, if you ask Americans, based on a recent poll, 60% believe that marijuana should be legal for recreational and medical use. 31% say it should be legalized for medical use only, and a mere 8% are against the legalization.

What could legalization bring to the table?

Let’s get into more detail.

Well, how much time do you have on your hands? If we were to tell you about all the benefits of marijuana for your health, we would have to list all of our health-related articles right here. Therefore, we’ll be brief.

In a nutshell, this is how marijuana benefits human health:

In short, the benefits of legalizing weed are priceless regarding our health. Here is a brief (yes, indeed) list of illnesses and conditions that can be treated with cannabis:

Medical marijuana benefits are simply beyond comparison. Still, some would argue how much money it takes. Therefore, the next section we’ll talk about is the profit from pot.

Whichever way you look at it, marijuana statistics are absolutely stunning. In short, the cannabis industry seems unstoppable. It’s all due to its financial benefits, some of which are as follows.

Thanks to the cannabis and CBD industry, in particular, many new jobs were created, such as budtenders, bud trimmers, cultivators, cannabis consultants, advocates, and so on.

The economic benefits of legalizing marijuana can be seen from the fact that this is one of the fastest-growing job markets. To be more precise, 321,000 Americans are currently employed within this industry.

For example, the average salary of a director of cultivation is $115,000 per year. Extraction technicians have an annual salary of about $37,000, while a vice president of retail operations earns about $150,000 per year.

The most visible benefits of legalizing weed in Colorado are reflected in its legendary tax revenues. Ever since Colorado joined the recreational weed states, it has generated over $1.7 billion in tax revenues.

What about other states?

As mentioned before, the money generated from marijuana sales taxes can be used for schools, medical research, addiction centers, and other projects.

However, should we discuss the economic pros and cons of legalizing weed, we would have to mention that Coloradans also spend about $4.50 for every dollar generated in tax revenue so as to lessen the effects of legalization.

Farmers never ask why marijuana should be legal because they know the answer too well. The legalization of hemp on the federal level brought lots of opportunities for growing a new crop.

On that note, the benefits of legalizing weed are pretty evident for farmers. How so?

While the number of acreages assigned for hemp cultivation declined between 2019 and 2020, the number of licensed growers climbed from 16,877 to over 21,000.

In the same period, the US hemp and hemp-derived products exports grew from $310 million to $1.8 billion. According to projections, by 2026, the US exports of industrial hemp products should reach $21 billion.

Today many states are experiencing economical benefits of legalizing weed, starting with Colorado, the largest hemp-growing state that has 40,391 planted acres.

There are numerous different marijuana strains and varieties that come at different prices, especially in underground markets. Because people don’t know how to distinguish the strains, many consumers end up paying the same price for medium and high‐​quality marijuana.

After the legalization in Washington, California, and Colorado, the gap between the prices went up because people learned how to differentiate the strains.

When it comes to the financial benefits of legalizing cannabis, patients that use medical marijuana as part of their treatment will benefit the most since they would pay less money. In addition to that, they would have easier access to the drug since it would be legal to buy it.

There are many examples of the biggest marijuana companies nowadays, which started as small startups but are now earning millions of dollars! The relatively young industry is earning head-spinning figures.

Economic benefits of legalizing weed can be seen in the fact that:

Plenty of cannabis companies have seen a lot of financial benefits of legalizing weed. Also, it doesn’t take too long to succeed.

Let’s see the example of Charlotte’s Web Holdings Inc. The company started off in 2013 as a small family startup, but thanks to the now world-renowned weed strain, it’s earning millions.

To reap the benefits of legalizing weed, you needn’t produce or trade cannabis. For example, the Scotts Miracle-Gro Company earned $2.6 billion by selling equipment needed for cannabis cultivation.

If you have any qualms about the cannabis business but would like to enjoy the perks, this could be your niche.

Therefore, citizens of the states where weed is legal have greater chances of starting up a very profitable business if they learn how to invest in marijuana.

States with legal weed have their own choice of how they are going to use the money obtained from marijuana revenue tax.

Usually, it is spent on better education, healthcare, police, or helping the endangered community members. For example, this is how Oregon divided its $46.9 million revenue obtained by marijuana taxes in Q1 of fiscal 2021:

Other states also witnessed the positive effects of legalizing weed. In fiscal 2020-2021, California allocated $332.8 million in marijuana tax revenue to public health, safety, and the environment.

No Wasting Money on Prohibition Funds

Another advantage of legal weed states is that they no longer waste money on debates on whether recreational or medical cannabis should be legalized.

For example, before legalizing recreational and medical cannabis on February 22, 2021, New Jersey spent an average of $143 million annually on marijuana prohibition laws.

What’s more, the state spent over $1 billion to enforce these laws over the past decade. Many consider this to be the best argument for the benefits of legalizing cannabis.

Contrary to popular opinion, marijuana legalization does not increase crime rates. Quite the opposite — legalization leads to a reduction in some types of crime.

Naturally, crimes related to cannabis possession, production, or distribution plummet. For example, the number of cannabis arrests decreased by 68% in Colorado through 2012–2019 (from 13,225 to 4,290 arrests).

The benefits of legalizing cannabis refer to greater speed in solving crimes too. The crime clearance rates in Colorado and Washington have increased after legalization, as reported by the FBI data.

In other words, police officers have more time to deal with violent crimes when they don’t waste time on cannabis offenders.

This means that federal marijuana legalization could bring more law and order into the country.

How many states have legalized recreational weed? At the moment, there are 19 states:

The economic benefits of legalizing weed in New Mexico, Virginia, and Connecticut should be felt by the end of 2021 since the mentioned states legalized recreational weed this year.

Why Is Marijuana Illegal?

Based on everything that has been outlined so far, the question arises why we even have to discuss the pros and cons of weed. Pharmaceutical companies and their overbearing influence aside, there are some health concerns regarding cannabis usage.

First of all, the hospitalization rates due to marijuana usage have risen. One more argument for the necessity of debate on the pros and cons of legalizing marijuana is that marijuana poisoning rates went up too. Scromiting is extremely unpleasant and potentially dangerous too.

It isn’t possible to die due to marijuana overdose, but the feeling is far from pleasant.

Secondly, cannabis products are not FDA-regulated as cannabis is still defined as a Schedule 1 drug. That means that, on paper, it has no health benefits. For comparison’s sake, cocaine is Schedule 2.

In other words, the only reason why we shouldn’t legalize medical weed is the lack of studies on its therapeutic benefits.

Another reason why weed was illegal in the US is linked to racism.

Namely, In 1910, with the start of the Mexican Revolution, Mexicans started moving to the US, bringing marijuana with them. The fear of Mexican immigrants caused many states to create laws against marijuana.

This might sound funny today, but in the 1930s, Harry J. Anslinger, who was the head of the Federal Bureau of Narcotics, claimed that weed consumers were minorities, and that smoking marijuana made them violent and insane.

On October 17, 2018, Canada became part of the “weed squad” by legalizing the drug for both medical and recreational use.

Canadian law allows users to possess 30 grams of dried cannabis in public. You can also buy the same amount of weed in stores legally (if you’re over 18 years old).

When it comes to growing cannabis at home for personal use, you are allowed to grow four plants (1 meter tall). However, it’s illegal to grow weed in public places.

Here are a few benefits of legalizing weed in Canada:

Ending Note on the Benefits of Legalizing Weed

Legalizing cannabis has invaluable benefits for human life. People are staying alive and well because they are granted medical help.

Among other important advantages of legalization, you could name excellent healthcare and education, better jobs, high employment rates, business ventures, and help to those in need (usually, the marijuana tax revenue goes to struggling families or to a similar noble cause).

If anyone asks what are the benefits of legalizing weed, you’ll now be armed with facts and statistics to defend your stand.

Why is legalizing weed important?

Legalizing marijuana is relevant for various reasons. First of all, it can offer many health benefits, especially to patients who use CBD and THC as an additional (or alternative) therapy.

Secondly, it can benefit the economy since the cannabis industry is one of the fastest-growing job markets.

How can the government benefit from legalizing weed?

The government can benefit from legalizing marijuana financially. How? By legalizing weed, the government will reduce its spending on correctional, prosecutorial, judicial, and police resources. The states could also gain extra money from marijuana taxation and licensing.

In addition to that, legalizing cannabis can offer various employment opportunities, from growing and cultivating to selling and marketing.

For example, the median salary of the director of retail is $138,700 per year, while sales representatives have a median annual salary of $62,150.

What are the pros of legalizing drugs?

What Is Hashish & How to Make Your Own at Home 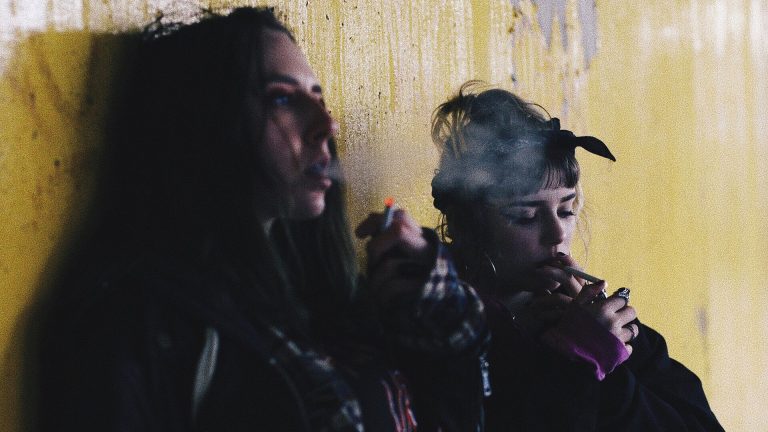 33 Addiction Statistics You Didn’t Expect to Be True