Resources•Cannabis Guides•
Hemp vs Marijuana: How Are They Different?

Why is knowing the difference between hemp and marijuana so important? For starters, it can save you from a lot of legal trouble. Secondly, you will be able to enjoy the effect in the way you intended.

Both hemp and marijuana are divine plants. Their origins are quite similar, and it could be said that these are ancient species that have been helping humanity for centuries. However, this is where their subtle differences expose themselves and the hemp vs marijuana story begins.

They are cultivated in a different manner. The looks are similar, yet distinctive. Moreover, the industry is very much focused on different parts in order to use them to our benefit. True, the health benefits are present in both of them, yet at times far from being identical. As for the “high,” it is arguable whether the hemp plant can even provide it.

Let’s dive in and analyze the difference between marijuana and hemp one bud at a time.

Is Hemp Marijuana or Not?

Both hemp and marijuana do belong to the same Cannabis species, but they are far from identical. The confusion usually springs from the name and the fact that the terms marijuana and cannabis are used interchangeably, whereas taxonomically speaking, cannabis is a species with its subspecies.

To end all the confusion once and for all, in this article we’ll be discussing only two cannabis varieties:

Hemp vs Marijuana: The Origins

Overall, cannabis as a species is said to be over 12,000 years old, according to some sources, making it one of the oldest cultivated crops. It first appeared in the steppes of Central Asia, around Mongolia and southern Siberia.

From there on, the plants went their own ways. Hemp was mostly blooming and spreading in China, while marijuana, as one of its types conveniently suggests (Cannabis indica), was mostly cultivated in India. The Himalayan mountains served as a practical obstacle for hemp and marijuana to evolve separately, without mixing.

As humans are keen travelers, the plants were spread onwards to Japan, Korea, the Balkans, and the Caucasus Mountains in Europe (the latter eventually evolving into Cannabis ruderalis) around 2000 BC, with distinct purposes already—industrial and medicinal.

Hemp was taken by nomads who saw it as an excellent plant for making sales, ropes, fibers and the like, whereas marijuana was specifically chosen in order to be used for relaxation or as a part of religious ceremonies.

And finally, in the 1600s, they finally conquered the remaining continents, when they arrived in America.

Now, let’s talk a little bit about the visual differences and cultivation practices.

Cultivation Difference Between Hemp and Marijuana

No matter how much their nugs may look alike, the process of growing and harvesting has its differences.

Also, hemp is best grown outdoors, though the methods vary greatly depending on the final purpose—seed, CBD, or fiber. The marijuana plant is usually cultivated indoors as it is easier to monitor, thus giving bigger yields. Indoor cultivation accelerates the maturing stage by controlling the temperature and light exposure. Of course, marijuana can be grown outdoors too, but with less success.

At one point, all the male plants will be eliminated from the field. No marijuana–hemp discrepancies here. It takes only a couple of males to pollinate a whole field and ruin it for harvesting CBD. Pollination would cause seed production and fewer flowers. Consequently, CBD content would be very low as it is mostly located in the flowers, while seeds don’t contain CBD at all.

We have already mentioned that you can grow hemp for different purposes. In case you’re growing hemp to obtain CBD, elimination of males is a must. Admittedly, CBD can be obtained from other parts, too, but it’s more complicated and demands more hemp. As for marijuana CBD vs hemp CBD, you’ll find more detailed data in the section below.

For both species, though, determining the right harvest time can be challenging, as well as the process itself. Both types of cannabis plant are being meticulously researched to find the ultimate system for the highest yields possible.

Now, we get to the fun stuff and the reason why we are all here, and that is to see if a hemp joint is that much different from a marijuana one. Both of these species have found their way into an astonishing variety of consumer goods.

As we have previously mentioned, hemp cultivation largely depends on the final product. This is what may be obtained:

Different types of weed are used for different purposes. Marijuana can be used for smoking and vaping and extracting CBD oil, whose application is astounding (medicines, creams, lotions, patches, suppositories).

To make matters simple, it’s best to divide the products into two categories, just as it was done in the states/countries which have legalized marijuana:

Another hemp vs marijuana difference comes from the fact that weed will get you “high” and make you unable to focus properly, possibly impairing your sound judgment. The high effect comes from the strong presence of THC.

On the other hand, with a mere 0.3% THC, hemp will not have such an impact so it is impossible to get high from a hemp joint, no matter how much you smoke. What is noted, however, is that hemp will give you a boost of energy, so you could be more diligent about your errands.

To sum up, marijuana and hemp are similar in a way they ensure relaxation and health benefits.  They can contribute to separate industries, though. You’ll never be making bricks out of marijuana, for instance.

Just before the big harvest, hemp is checked for the THC level. So, what does THC stand for and why is it such a big deal?

Tetrahydrocannabinol, or THC, is one of the main ingredients in cannabis, which is well-known for its infamous/adored psychoactive impact. However, that is not to say it is its only purpose. Research about the entourage effect suggests THC is just as needed as CBD for the maximum health benefits, regardless of the hemp–marijuana rivalry.

Exactly how much THC is necessary and what the best CBD to THC ratio is could be a topic for some other discussion, but now we are going to deal with the rule which makes a clear distinction between hemp and marijuana.

What’s the difference between hemp and marijuana that is defined by the law? The THC content.

By definition, hemp contains less than 0.3% THC, which is considered to be THC in traces rather than a mind-altering amount. It is precisely this minimal level that has won the battle for legalization, thereby finally declaring hemp and all its products legal in the whole of the USA. Nevertheless, THC levels in marijuana vary greatly (from less than 10% to 29%), which increases the chances for potentially dangerous effects to occur.

Yet, despite such clear distinction, substantial problems appear in practice, deterring both farmers and consumers.

Finally, we get to the bottom of this “rivalry” and the reason why hemp has been made legal in the first place. It is not for the great insulation or fabric, nor its nutritious oil that hemp was legalized but for the possibility of extracting CBD from it.

So, is there any difference between marijuana and hemp CBD? Sometimes, there are a few discrepancies.

Nevertheless, since hemp usually has a smaller concentration of CBD, it takes more hemp material for the same amount of CBD in comparison to marijuana.

On the other hand, research shows the best therapeutic benefits for most people are achieved when main cannabinoids are joined with secondary ones. In short, it is recommendable to take CBD and THC for the best results.

To sum up, is hemp and marijuana the same when discussing CBD’s ultimate effects? If we talk about absolutely pure CBD isolate, the answer is affirmative. So far, there have not been enough studies to claim otherwise, despite the legal status.

As a side note, in case you were thinking about trying synthetically produced CBD, it is not as valuable, according to some reports.

According to federal law and the DEA, marijuana is a Schedule 1 drug, meaning it is extremely harmful and possesses a negligible medical potential for our health. In short, it is pronounced to be the same as heroin. The main culprit for this is its high THC content. In contrast, hemp has been declared as perfectly safe for farming and consumption. It is fully legal in the US. Or, is it?

Is hemp the same as marijuana in the eyes of the police? Perhaps it should be said: “in the nose,” and the answer, unfortunately, is occasionally affirmative. Namely, marijuana and hemp have a similar scent. Even though some strains have a distinct smell, it’s usually hard to discern between these two.

Unfortunately, there have been several instances of drivers and security guards getting arrested for transporting industrial hemp from state to state. At the moment, the technology used in field tests is not sophisticated enough to tell the difference between hemp and marijuana.

To the truckers’ horror, it usually can’t detect low or high THC content, but just reports the cargo is positive for THC. What is more, the police dogs trained to find drugs will be provoked by industrial hemp just as if it were marijuana.

Despite the fact that hemp is legal to be cultivated, the Farm Bill is still too recent for every state to have altered its laws on this. Therefore, you may get a visit from the police department.

To sum up, some time is needed before everything settles into place and hemp is fully acknowledged as a safe substance.

How important is this hemp vs marijuana rivalry? Well, it all depends on what you are looking for. If you are interested in growing either of them, you will see the differences in cultivation abound. Moreover, whether you are a farmer or not, you should be prepared for the consequences of your actions, which despite your best intentions may turn out to be illegal unless you are careful enough.

In case you are keen on buying some products, the difference between hemp and marijuana mostly has to do with whether the product is legal in your state, and whether you wish to relax or treat your illness, or maybe insulate the attic of your home. 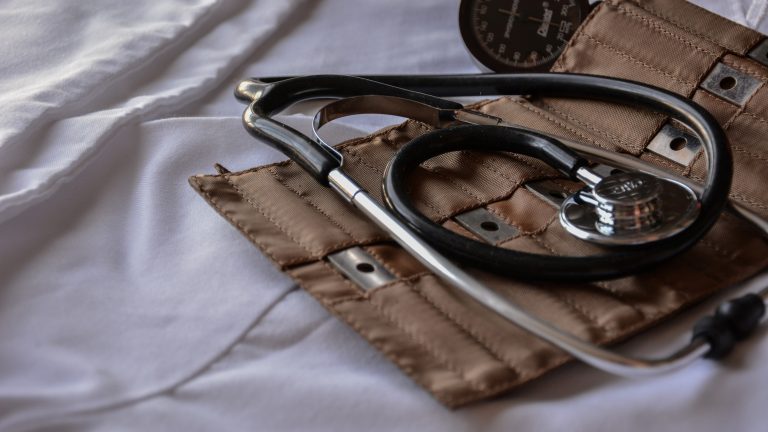 Marijuana and the Immune System: A Complex Relationship 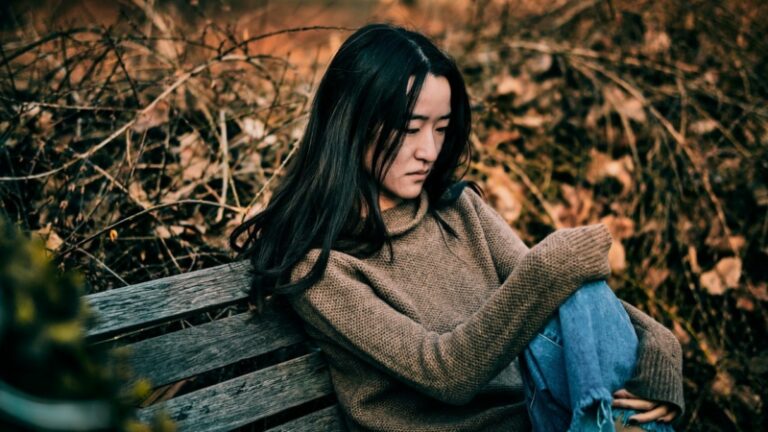 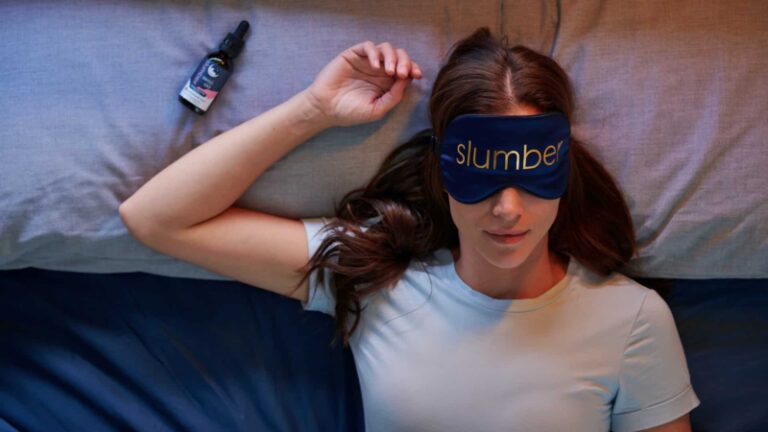 When to Take CBD Oil for Sleep: Best Time of Day & Dosage 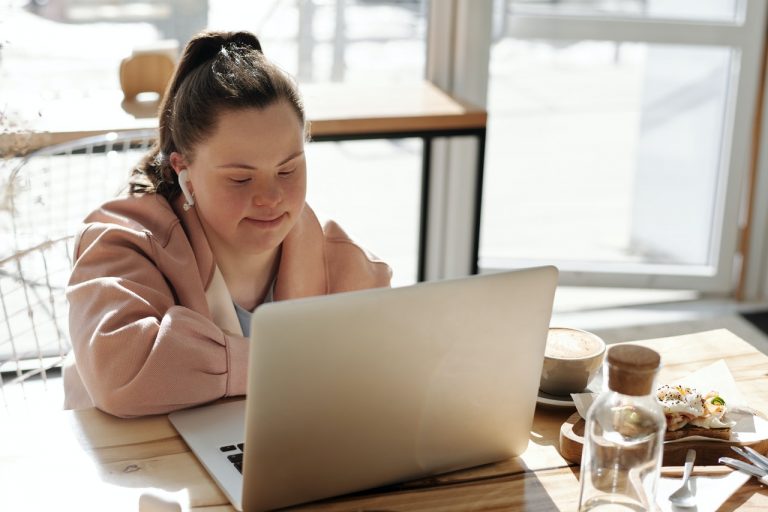