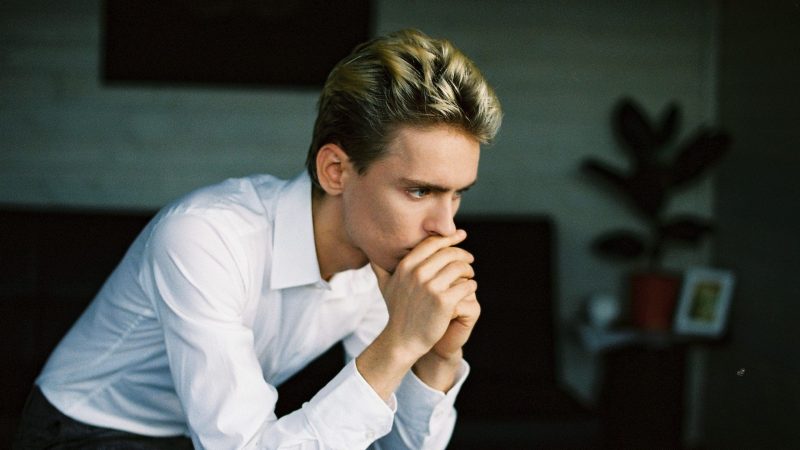 How to pass a marijuana drug test? That is the question that slipped through the minds of many employees and job applicants. Is it even possible to pass the dreaded test that many companies impose on their workers? The short answer is: Yes.

We’re here to guide you through various techniques you can use to pass the drug test without being caught. So, buckle up.

Here’s what you should know about cannabis drug testing if you are to pass it with flying colors!

Which Employers Can Test You?

Let’s start with the basics. If you’re working in an industry closely related to the federal government, you can expect random screens. So, if you’re a regular, you should know how to get weed out of your system, given that drug testing is a part of their selection process.

However, apart from them, other employers can ask for drug testing as well. The employer’s demand for a marijuana drug test is completely legal, though, in practice, it’s not as common as it is the case with government-regulated industries.

Basically, every employer has the right to secure a work environment that is clear of drugs and alcohol (according to statistics, alcohol is a drug, too).

Still, the company’s policies about drugs have to be clearly stated, especially since some companies make drug testing a part of the job interview and even directly address cannabis consumption in their policy.

This only emphasizes the importance of knowing how to pass a drug test for weed.

What Is Being Tested?

What they are looking for in all tests pretty much depends on determining the THC level in your body, and by that, we mean carboxy THC. 11-nor-9-carboxy-δ-9-THC is one of the THC metabolites that is taken as an indicator of marijuana presence.

They are stored in body fat after cannabis consumption and are released slowly afterward. Therefore, if you have consumed THC products, your body is bound to produce these metabolites.

How to Pass a Marijuana Drug Test: Contributing Factors

Before we delve into greater detail about marijuana testing, there are certain matters to take into account that will make or break your results:

In other words, if you want to know how to pass a THC drug test, stay away from these if you can, along with alcohol:

In contrast, some other drugs may lower the THC level (e.g., rifampin). On the other hand, it can make you positive for some other opiates.

You may be off the hook for THC, but don’t forget that you should always report what kind of medicines you are taking, if any, before the drug testing.

These too could trigger a false positive:

How to Pass a Urine Test

Depending on how often you consume weed, THC can be detected in your urine between 3 and 30 days. Now, let’s see how you can pass that drug urine test. Here’s what you can do:

According to the American Association for Clinical Chemistry, herbal teas are even more effective. What’s more, you can prepare your own detox drink—lemon juice.

There shouldn’t be any penalties for this. The lab should simply confirm your urine is not valid and ask you for another testing.

Even if you succeed in filling the cup via a fake penis (yes, it’s made for the purpose), the temperature of the liquid is the main issue here. The labs are first testing samples for temperature, which mustn’t be under 90 Fahrenheit.

In short, your body heat won’t suffice, so you would have to think of alternative ways to keep it hidden and warm enough.

Now that you learned some tricks on how to pass a urine test for THC, bear in mind that if you’re tampering with marijuana in urine, you could be facing a fine or some jail time, depending on the state you’re in.

Another “don’t” would be adding any substances to your urine sample. Boosting creatine levels to mask the THC level simply doesn’t work, and neither does adding bleach, hydrogen peroxide, acid, vinegar, etc.

You’ll find a lot of information on the internet on how to get weed out of your system fast, including mentions of a THC detox kit.

If you’re willing to try it out, you should know some of them can contain potentially dangerous ingredients, a combination of which even led to psychosis in one case.

Hence, you’d better avoid such products as they are not adequately regulated. At best, they will only contain some mild diuretics and vitamins.

How to Pass a Blood Drug Test for Weed

Drug blood tests are considered to be quite an invasive method, and, obviously, there’s no way to fake it. Not too many employers or institutions demand them because they are more complicated to take and unreliable.

The good news: THC stays in your blood for a mere 3–4 hours.

The THC level in blood plummets by 90% even in the first hour after smoking marijuana, but don’t observe this as some kind of natural THC detox. It’s still in your body, and it is getting you high even if the test shows you are clean.

Therefore, blood tests aren’t reliable indicators of THC impairment, and it is relatively easy to pass them.

How to pass a drug test in 24 hours? Refrain from using marijuana for one day, and you should be fine.

What about diligent users? A study from 2009 showed that frequent, long-term marijuana consumption can make some people positive after a week of not taking any.

Once again, that individuality issue is causing problems, which is another reason why there isn’t a set THC limit defining driving impairment, for instance. Also, be careful about edibles since they release THC later than vaping or smoking.

A Tough One: How to Pass a Hair Test for Weed?

If the test you take implies taking strands of your hair, you’ll have to be clean off cannabis for some 90 days or so for it to turn out negative.

A hair drug test cannot tell when exactly you were smoking pot, but it will definitely confirm you were using it. The chemicals released when THC enters your bloodstream take part in forming the hair follicle, so there is no way to avoid it.

Using a replacement is impossible for obvious reasons. The 1.5-inch strand of hair (as wide as a pencil) is collected from an area of your head.

How to pass a hair drug test then?

Namely, their hair growth rate is different. It’s slower, so even if you have smoked a lot of pot just before the test, it may not show on the test.

The hair drug test simply does not offer any other options but the ones we have named. Admittedly, you will run into many advertisements that show how to pass the test by using a hair detox shampoo, guaranteeing miraculous results.

Interestingly, in some cases, people with dark hair can get the wrong drug test results due to melanin, which can alter the test’s sensitivity. Gray hair can also show false positives on the tests. However, more research is needed to explain why this happens.

How to Pass a Mouth Swab Drug Test

This one falls into the category of easy marijuana tests. According to reliable studies on cannabis in saliva, THC stays in your saliva for 1–29 days.

Quite a difference between 1 and 29 days, isn’t it? You should be positive about what you have smoked or ingested, even if it’s second-hand smoking.

On that note, here’s what you can do to pass the test:

THC metabolites are most concentrated under the tongue and around the gum line, so you don’t want it to go there.

How to pass a saliva drug test? You can always say that you have a very strong gag reflex, or that your jaw hurts and it’s hard to open your mouth properly before marijuana saliva testing starts.

When you open your mouth, try to twist a bit so that the swab touches the inside of your cheek.

Generally, a mouth swab test is done when the results are needed as soon as possible. Some countries such as Australia used this type of marijuana drug test to check drivers for DUI, but this resulted in a high percentage of invalid tests and false positives.

Bonus tip on how to pass a cotton swab drug test: you can always argue about the test not being valid, but beware — they might just ask you to use some other kind of test.

This is not as common as the others, but it’s still used by some employers, and mostly in child custody cases or monitoring people on a probation period. Marijuana perspiration testing implies wearing a kind of a sweat patch for up to 14 days.

Before we draw our conclusions on how to pass a THC test, here are some basic facts you should know:

So, how to pass a drug test for weed? It appears that abstinence is the only solution here, especially since perspiration testing is more accurate than a marijuana urine test.

The latter reacts to metabolites of processed drugs, while sweat patches identify the parent drug. Also, according to one report, urine tests can make over 20% of false positives.

Conclusion on How to Pass a Marijuana Drug Test

You’ll be glad to know that some states, such as New York, banned the mandatory marijuana drug test.

With medical marijuana gaining momentum, taking such a test is completely unnecessary. No one can demand from you not to take your medicine except for your physician.

With this in mind, be careful, even if you’re using drugs with synthetic THC, such as Marinol. These, too, can lead to a positive test.

We’ve provided you with general and specific guidelines for each of the tests, but it appears that the essential one is the hardest: if you have to take a test soon, stop using it ASAP.

Good luck with your check-up!

Will I pass a drug test if I smoked 1 week ago?

Technically, yes. However, there are a couple of things you need to consider.

Regarding the research, and supposing you aren’t a heavy consumer who has a lot of THC built up in the system, there are high chances to pass the following: a urine test, blood test, perspiration test, and mouth swab test.

However, forget about passing the perspiration testing. The only way you can do it is through abstinence.

Does CBD show up on a drug test?

No, because drug tests do not test you for the presence of CBD. However, hemp-derived CBD products can make you positive for THC!

As the compound has the ability to build up in your body over time, you could fail your drug test, as it has already happened on a number of occasions. Moreover, CBD products aren’t regulated enough in the US, to put it mildly, so it is perfectly possible for “pure” CBD oil to contain traces of THC unless you buy from reputable providers.

If you’re using CBD and you want to know how to pass a marijuana drug test, make sure to buy the product from manufacturers that offer a Certificate of Analysis because some products can be mislabeled.

What Is Hashish & How You Can Make Real Homemade Hash

Mystery Solved: How Long Does CBD Stay in Your System 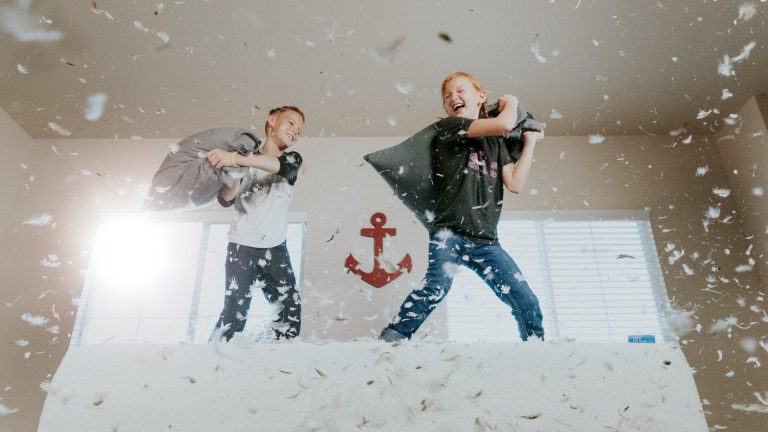 28 Captivating ADHD Statistics to Get Your Full Attention

How to Use CBD Oil: A Complete Guide