Cannabis Indica vs Sativa: How Are They Different?

Resources•Cannabis Guides•
Cannabis Indica vs Sativa: How Are They Different?

If you’re going shopping for some cannabis at a dispensary, you can expect to hear the following question from the budtender: indica or sativa? In order to respond to that question, it is important to understand the differences. The indica vs sativa dilemma is the hottest topic among cannabis connoisseurs and everybody has an opinion on it. Of course, there’s more to it than the current vogue, so we’re going to inform you about the most obvious differences concerning their appearance, cultivation, and the most important – their wonderful effects.

A Cannabis by Any Other Name…

We all know how this one ends, and once again, the name is the issue (though we’ll see how they don’t smell with the same sweet intensity, if at all). The sativa vs indica rivalry begins with their very names, or should we say nicknames. Namely, cannabis sativa is also known as hemp. However, hemp is mainly an industrial plant and it is impossible to smoke, unless you wish to have a truly unpleasant experience. Yet, the above-mentioned budtender will politely ask you whether your preferences lie with cannabis sativa or indica. Confused already? Of course you are.

If we take a look at the ITIS (The Integrated Taxonomic Information System) report, we’ll see that both of these types of marijuana, sativa and indica, are known by the identical names: hemp, hashish, grass, Mary Jane, pot, marijuana. However, what is known as “hemp” in everyday conversation has just been declared legal in December 2018, whereas hashish is not a plant at all, but a cannabis/marijuana product and is considered a carcinogen.

So, let’s get to the bottom of this one puff at a time.

In every family, you have the member who’s everyone’s pride and joy, the black sheep, and a distant cousin. In the case of Cannabaceae, the cannabis family, these members would be the different types of weed – cannabis sativa, indica, and ruderalis. Coming from the same family, they share some similarities, but possess extreme differences as well, which are oftentimes used as arguments for and against weed in general.

Let’s take a quick look at each one. 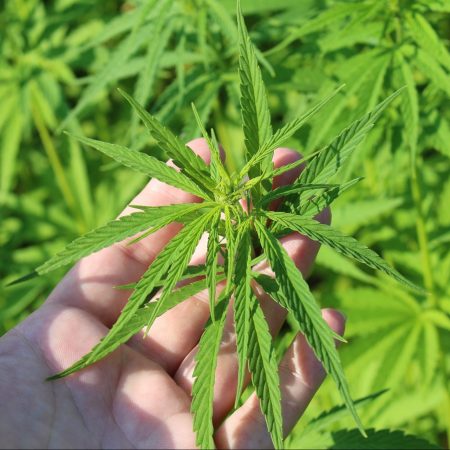 Cannabis sativa (the word sativa means “cultivated”), originates from eastern Asia, but as its name suggests, is widespread due to successful cultivation. Cannabis consumers are most interested in the flower (or buds) it produces.

In addition to their medical or recreational use, sativa strains can produce industrial fiber, food, or seed oil. It was first officially recorded by Carl Linnaeus and its full name is Cannabis sativa L. ssp. Sativa.

Hemp is one type of cannabis sativa. Out of all the types of cannabis we are mentioning here, this is the only one which is 100% legal in all states as long as it contains less than 0.3% THC.

What is sativa in hemp form good for if it does not get you high at all? It’s amazing as a source of fiber and protein, for starters. Then, you can make shoes, denim, shampoo, fuel, and paper out of industrial hemp along with a multitude of other products. As for medical use, especially via hemp oil, it is popular for a myriad of medical conditions. 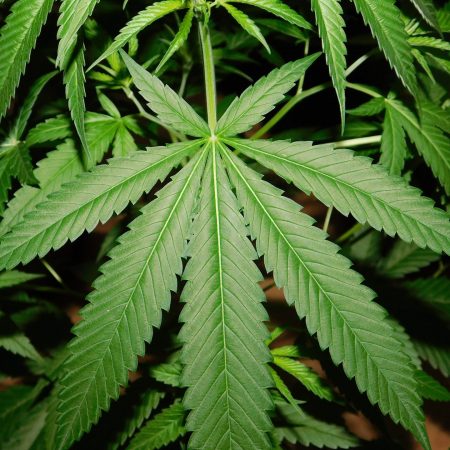 Cannabis indica (Cannabis sativa L. ssp. indica) is indigenous to the northern Indian Kush Mountains, so the name clearly shows its origin. It is the wild, original form of cannabis. This too is an annual plant.

Even though it has many uses, similarly to cannabis sativa, this species is mostly renowned for its high THC content rather than anything else. It can be used for making some fabric, but the fiber qualities are much poorer compared to cannabis sativa. Cannabis indica strains were first introduced to the US in the 1970s from Afghanistan. 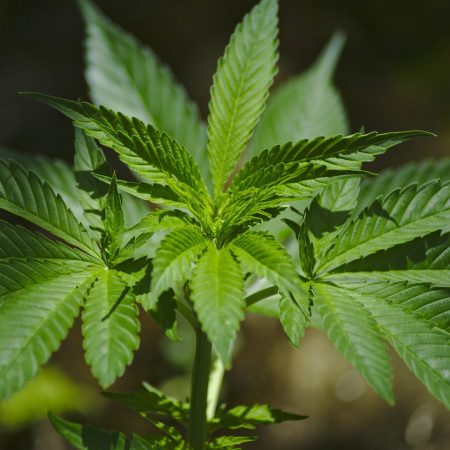 Even though Cannabis sativa L. subsp. ruderalis is not the focus of our article about the indica vs sativa duality, this type has to be mentioned as it is often in the company of these two.

As a real underdog, it is even being debated about whether it is a species of its own or just a subspecies of cannabis sativa. Similarly to cannabis sativa, it is not as high in THC as indica and it’s high in CBD content.

The name is also interesting. It comes from the word ruderalis, which roughly translates as a rough piece of bronze, or rubble. It is also said to eliminate its floral competition rather fast.

As opposed to its cannabis cousins, this type is much smaller, but very resistant and matures much faster than cannabis indica or sativa. For this reason, it is often added to them so as to make high-yielding hybrids.

Visual Difference Between Sativa and Indica

Despite the stigma surrounding these two and a plethora of questions arising from it, cannabis sativa and indica are quite easy to identify at first sight.

You may have heard that one is taller and skinnier, while the other is shorter and bushier? The first one is the sativa. It originated in humid places, has thin leaves and can grow over 20 feet. It is also more resistant to changeable conditions compared to its cousin.

So, how are you to make a distinction between cannabis sativa and indica buds? As opposed to the plants, each sativa bud can look very similar to indica buds. Sativa weed strains are fluffy, less dense, and thin, which some customers may find unappealing. On the other hand, buds from cannabis indica are “heavier”, i.e., more dense and round-looking, and as such more popular.

Bear in mind that today there are numerous hybrids of strains that are a real mixture of the two, so the appearance of the nugs should tell you which species was more dominant, i.e., what effects you may expect to experience.

It is also very important knowing what expected effect you desire when consuming cannabis. Having an idea of how sativa vs indica strains affect you ultimately will enhance your desired experience. Here’s how you can achieve your much desired “high.”

This is not a myth, but it’s not completely truthful either. Generally speaking, sativa strains are renowned for providing you with a “head” high, i.e., increasing your alertness and focus, and giving you energy and inspiration. You are able to have meaningful conversations, hence a lot of users are taking it during the day. Well-being and serenity are usually the words used to describe the feeling when you’re high on a cannabis sativa strain.

Bear in mind this is true in moderation, as you may get other outcomes with excessive use. If there was a competition in indica vs sativa high, then cannabis indica would take first place in the relaxation category.

Indica gives you the “body” high, i.e., it makes you inclined to just sit down, relax, and watch a movie marathon rather than go out with a bunch of friends. Therefore, it’s not recommended to be taken if you’re headed for work, for example. Perhaps the best word to describe the state would be “couchlocked” – you’re feeling very comfortable laying down on the couch.

Indica high effects can be very useful if a person is suffering from seizures, or depression and anxiety. Cannabis sativa is recommended for depression, too, as well as ADD and ADHD disorders.

How Can You Tell Indica vs Sativa When You Try Them?

You should be able to recognize the species after a few puffs. If it tastes sweet, then you’re enjoying a cannabis indica (no wonder their strains are called Sweet Skunk and Honey Cream). In contrast, cannabis sativa will leave you with an earthy and pungent taste in your mouth (Sour Diesel name says it all).

Curiously enough, the smell will tell you quite the opposite story, so hold your horses before you ask for a puff if the air smells of some flowers or fruits. This will most probably be a cannabis sativa, since cannabis indicas ooze more pungent, skunky smell. In short, the latter are more recognizable as weed by your immediate environment.

Does Choosing Between Indica vs Sativa Really Matter?

Despite the above-mentioned differences, a question arises: does knowing the difference really matter? Nowadays, when there is rarely a 100% pure cannabis indica or sativa strain to be bought, one can hardly vouch for their typical stimulating effects. To this end, the next time you are asked which type you prefer, it’s much better to inquire about some other traits of the goods you’re buying. Here are some more reasons why the indica vs sativa difference may be negligible in some cases:

We can’t help but conclude that the well-known difference in the effects between marijuana strains must be coming from something beyond just THC and CBD.

The entourage effect created with the introduction of terpenes is a large factor when considering a specifically desired effect. It’s common knowledge that natural and artificial terpenes are present in cannabis. With that in mind, we would recommend asking about specific terpenes present in addition to the THC and CBD percentage.

If you’re looking for the best sativa strains, why not try the ones that have all those terpenes? Limonene, caryophyllene, and alpha-pinene have some excellent qualities that work wonders in combination with CBD. Caryophyllene is advisable to take for anxiety and depression, while alpha-pinene will improve your memory and make you more invigorated. Limonene, the citrus one, is praised for its anti-cancer properties.

Some of the most popular cannabis sativa strains are Jack Herer, Silver Haze, Sour Diesel and White Widow.

Similarly, the best indica strains have high terpene content in linalool, myrcene and camphene. Myrcene is great for relaxing, and camphene shows antibiotic characteristics. Linalool is also there to unwind you and boost your immune system, too.

Indica vs Sativa vs Hybrid

Finally, here we are with perhaps the most important question of all: are there any pure cannabis sativas or indicas today, or are they all hybrids, i.e., mixtures in which one strain dominates over the other?

What is problematic, though, is the fact that a lot of hybrids are not properly examined and checked for the content of one or the other, but this is generally the case with the whole (incredible) marijuana market. If you wish to buy the best product for yourself, you have to put in some effort and check for its genetic lineage.

So, How Should You Choose?

We come back to the question from the beginning of our article. After all you have found out about indica vs sativa, does it make sense to ask for one when the nug won’t be 100% pure? The answer is: absolutely. Both strains can be dominant enough. Also, they have specific terpenes that are more prevalent based on the origins of the plant, which are very much actively adding to the overall effect. Remember, marijuana is a multitude of different compounds. Lastly, people react differently to the same strain, so it’s up to you to experiment until you find the one cannabis indica or sativa strain that suits you best.

Table of Contents
A Cannabis by Any Other Name… Cannabis: One Big Happy Family Visual Difference Between Sativa and Indica Sativa vs Indica High Effect How Can You Tell Indica vs Sativa When You Try Them? Does Choosing Between Indica vs Sativa Really Matter? Indica and Sativa Strains Indica vs Sativa vs Hybrid So, How Should You Choose?

2 thoughts on “Cannabis Indica vs Sativa: How Are They Different?” 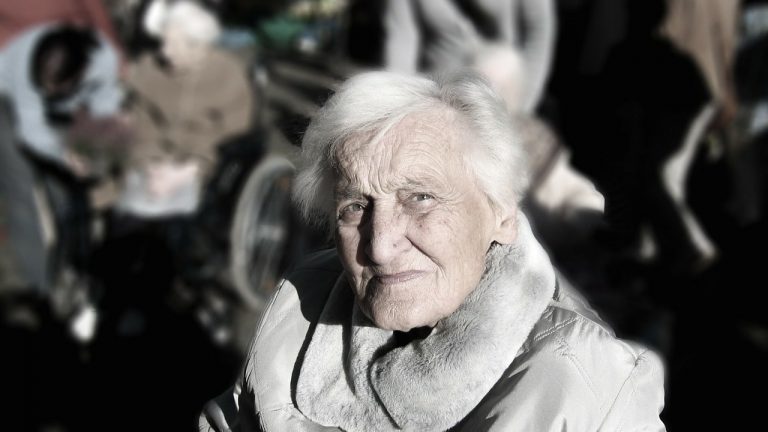 How to Use CBD Oil: A Complete Guide