This year, smoking statistics look more curious than ever before! The pandemic has caused some people to quit smoking, while in other countries the number of tobacco smokers has increased. Similarly, the lockdown inspired certain states to light up more joints than they are used to.

In this post, we present you with some of the most important stats on smoking, including both tobacco and marijuana smoking.

Surprised much? Read on to find out what else you have missed about this socially accepted, mundane habit.

Smoking is the leading cause of preventable death. Even though many people try to quit smoking every year, the numbers are still devastating.

Over 80% of them live in LMICs (low- and middle-income countries). Consequently, these countries have the highest rates of smoking-related illnesses and deaths. Poor education can be an issue as well; for instance, only 26.6% of Chinese adults are aware that smoking causes heart disease, cancer, and stroke.

2. CDC smoking statistics report there are 34.1 million adult smokers in the US.

75% of them smoke cigarettes daily. We define current smokers as those who smoke cigarettes every day, or on some days. In total, they have smoked at least 100 cigarettes in their life. On the other hand, in 2020 13 million Americans tried to quit this unhealthy habit.

3. Americans are smoking more cigarettes because of the pandemic.

Smoking statistics from 2020 show us that besides binge-watching, eating, and drinking, COVID-19 is also responsible for the increase in smoking cigarettes due to increased stress, anxiety, and boredom.

4. The District of Columbia has the highest cigarette tax rates in 2021.

Smoking is discouraged with high taxes. The calculations are quite straightforward: a tax increase by 10% reduces tobacco consumption by 4% or 5%.

The average state cigarette tax is $1.88 per pack, but the figure goes up to $4.50 in DC. Next in line is Connecticut with $4.35, while the title of the state with the lowest cigarette tax rate belongs to Georgia — mere $0.37. Moreover, it hasn’t increased the rates for 10 years or so.

Smoking age statistics show that 2.2% and 3.2%, respectively, students in grades 8 and 12 are currently smoking cigarettes. When it comes to the most popular smoking product among teenagers, e-cigarettes take the first place because of their numerous flavors and accessibility.

6. Smoking rates by state: West Virginia is the state with the highest smoking rates in the country—24% of adult smokers.

The most dedicated adult smokers are living in Kentucky, Louisiana, Ohio, Mississippi, Alabama, and Arkansas.

7. Jordan has the highest smoking rates in the world considering the number of cigarettes per day, smoking statistics indicate.

A Jordanian man smokes 23 cigarettes per day. 66% of Jordanian men are smokers, and 17% of women enjoy cigarettes regularly. Some of the biggest issues include poor bans on smoking and endangering non-smokers.

8. The highest cigarette prices are in Australia.

Aussies have to pay over $25 on average for a pack of Marlboro cigarettes. New Zealand, the UK, and Ireland are close behind.

As for the USA, it ranks 8th, right below France and Singapore. Americans pay an average of $8.00 for a pack of Marlboro.

9. 1 in 10 of every smoked cigarette or tobacco product is illicit.

10% of all cigarettes and other tobacco products are illegal for one reason or the other. The game is strong in illicit trade.

10. Statistics about smoking and COVID-19 show that over 1 million people quit smoking in the UK since the pandemic outbreak.

Out of over 1 million people that stopped smoking, almost half of them were between 16–25. The principal reasons for quitting included health concerns that appeared because of the pandemic.

Smoking Facts About the Dangers of Smoking

How dangerous is smoking, how many people die each year from smoking-related diseases, and how many chemicals are in cigarettes? Let’s find out.

11. Smoking is one of the causes of poverty.

It is no coincidence that smoking issues prevail in low-income countries. Tobacco use causes addiction and more household resources are spent on smoking rather than on the essentials such as food or accommodation. In addition, there are high healthcare costs and lost workers due to high mortality.

12. How many people die from smoking every year? Over 8 million people die due to tobacco consumption.

How many people die if they aren’t smokers themselves? 1.2 million non-smokers who were second-hand smoking are included in this death statistic. Moreover, 65,000 children’s lives are lost each year due to illnesses related to second-hand smoking.

How many chemicals are in a cigarette? There are over 7,000 different chemicals in cigarettes and tobacco smoke. Over 70 of them are related to cancer. The worst part is that most smokers know these tobacco facts and choose to ignore them.

14. Cigarette butts are the most collected polluting item in the world.

The most collected piece of rubbish in the oceans are not plastic bags or plastic straws, but cigarette butts! Every year, 4.5 trillion butts are discarded irresponsibly, even though it takes up to a decade to fully decompose.

15. 480,000 Americans die every year due to smoking cigarettes, according to smoking death statistics.

Smoking is the number one cause of preventable disease and death. 1 in 5 deaths is due to cigarette smoking. At the moment, 16 million Americans live with some kind of disease caused by smoking.

16. Smoking increases the risk of developing lung cancer by 25 times.

Smoking and lung cancer statistics are very grim. And they are similarly awful for other conditions, too. For example, you are 2 to 4 times more likely to have a stroke if you smoke. Coronary heart disease has an identical probability. The chances of dying from chronic obstructive pulmonary disease (COPD) are 12 to 13 times higher too.

17. There is still not enough definite research on the effects of COVID-19 on smokers.

By now, it’s already established that heart diseases, chronic illnesses, cancers and diabetes are responsible for severe cases of COVID-19, yet, the same can’t be said for smoking.

That said, smoking statistics for 2021 confirm that cigarettes (water pipes, cigars, E-cigarettes) can help with the virus transmission, given that smokers can more easily transmit the virus from their hands to their lips. What is more, sharing a hookah or similar water pipes can ease the virus spread. Vaping CBD lovers should take care, too.

Smoking during pregnancy is dangerous for both the mother and the unborn baby. Moreover, it can lead to serious problems like miscarriage and stillbirth.

18. Smoking between 1 and 20 cigarettes a day during pregnancy more than doubles the chances of SIDS and SUIDS.

It’s estimated that nearly 22% of sudden unexplained infant deaths (SUIDS) in the US are linked to smoking during pregnancy.

19. E-cigarettes are not safe to use in pregnancy.

Even electronic cigarettes are unsafe for the baby. They still contain nicotine, which can permanently cause damage to the fetus’s brain and lungs. Vaping cannabis oil is not recommended either.

20. Second-hand smoking in pregnancy can cause low birth weight.

How many people smoke near pregnant women thinking it won’t affect the baby? Generally speaking, too many. Passive smoking can not only cause low birth weight, it can also provoke premature birth and SIDS.

21. Smoking cigarettes during pregnancy feeds the baby with arsenic.

Arsenic is just one of the toxic substances a mother-to-be inhale when smoking. Whichever of the poisonous substances (lead, nicotine, carbon monoxide, etc.) you are inhaling while smoking, they are taken by your baby, too, through the placenta. Smoking also suffocates the fetus, depriving it of oxygen.

6 Stats & Facts About Smoking and Marijuana

What do the numbers tell us about smoking marijuana, and how harmful can it be compared to smoking cigarettes?

22. “Indian cigarettes” was the original name for marijuana joints.

No one really knows who rolled and smoked the first joint, but the first commercial marijuana cigarettes were sold and advertised as “Indian Cigarettes.” However, these were very harmful as they contained toxic nightshade and potassium nitrate alongside cannabis.

23. Iceland has the highest percentage of cannabis smokers — 18.3% of its population.

Although these smoking statistics might change over time,18.3% of Icelanders between 15 and 64 years old smoke marijuana.

The US is a close second with 16.3%, and Nigeria comes in third (14.3%). The remaining positions in the top ten pot-smoking countries belong to Canada and Chile.

24. During the pandemic, the citizens of Michigan were “getting high“ more than other states.

According to one survey, Besides Michigan, most people smoked marijuana during the pandemic in Georgia, Texas, Louisiana, Hawaii, Nevada, and Maryland. California came 10th, a bit lower than expected.

25. Marijuana smoking is harmful to the lungs.

Smoking a blunt or joint releases the same combustion chemicals which are present in tobacco smoke. Does smoking marijuana cause lung cancer? Admittedly, the risk of disease increases as marijuana smokers tend to inhale deeply and hold the smoke in their lungs for longer, compared to tobacco smokers. Nevertheless, CBD oil is very helpful for lung cancer treatment.

26. Benefits of smoking marijuana include pain relief and appetite boost.

Cancer patients often smoke marijuana to help them deal with nausea and vomiting in chemotherapy. It also helps them ease the pain. HIV patients who smoke marijuana experience an appetite boost. Taking smoking and cancer statistics into consideration, physicians can recommend medicinal cannabis.

27. The baby consumes 27. 1% of THC if a mother is smoking marijuana while breastfeeding.

It is a well-known fact that THC binds to fats, and breast milk has plenty of it. Regardless of how much marijuana a mother consumes, about 1% of its THC will end up in the baby’s system and wreak havoc.

THC binds to proteins, too, so it has a detrimental effect on the baby’s brain. Babies exposed to THC feel less energetic and have poor movement and skill test scores.

Why do people smoke cigarettes? Apart from the situation when someone is already addicted, it’s hard to tell. Smoking tobacco is highly damaging to our health and the environment. Not only is it dangerous for people smoking it, but for those around them as well.

On the other hand, smoking cannabis does have some proven benefits and is approved as a treatment for several diseases. Responsible use, though, is something that should go without saying.

What percent of the population are smokers?

It’s estimated that about 19% of the world population is addicted to cigarettes.

Seeing how these numbers have been dropping recently, it’s expected that by 2030 there will be a decrease by 2%. In other words, 17% of the world population will smoke cigarettes due to higher awareness and high costs.

Who is most affected by smoking?

Men are more affected by smoking than women. In fact, 15 in 100 American men are active smokers, unlike women that make 13 in 100.

Another vulnerable group belongs to people in their forties and sixties that make 17.0% of overall smoking population, and people between 25–44 years following close behind with 16.7%.

When it comes to race and ethnicity, according to smoking statistics,  Alaska Natives take the first place with 20.9%. Finally, 34.5% of Americans who have experienced severe anxiety are regular smokers. 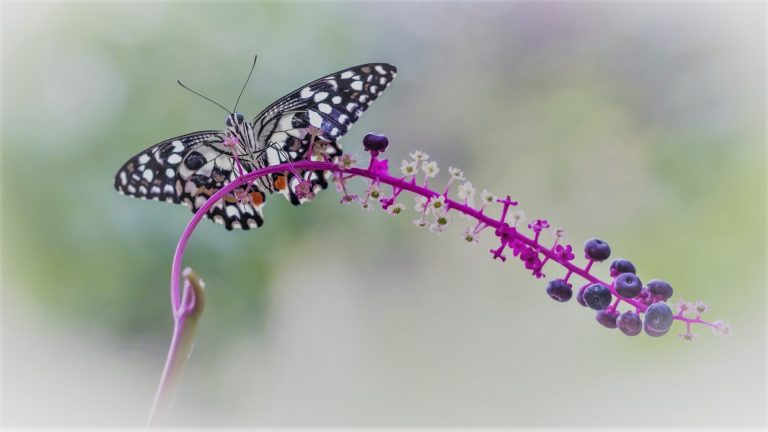 What Is Hash Oil & How to Make Your Own at Home