Vaping vs Smoking: Which One Is Better?

Resources•Cannabis Guides•
Vaping vs Smoking: Which One Is Better?

The whole vaping vs smoking debate has slowly but surely come close to the neverending rivalries: pizza vs pasta, ice cream or froyo, football vs baseball, Friends or Seinfeld, Star Wars vs Star Trek, and a whole bunch of others. However, what sets this dilemma apart is the fact that the differences are vital for our health. And in some cases, extremely detrimental.

Just a few years ago, vaping took the world by storm. It’s cool, it’s hip, it’s urban. So much more stylish than the obsolete, mundane joint, or a cigarette. Is vaping considered smoking anyway? No, so you can do it wherever you feel like it. Freedom. So ditching smoking for vaping also became a thing, thus once more stressing how healthy it is compared to the old ways.

As this is a cannabis-oriented source of knowledge, our primary focus is going to be on vaping marijuana vs smoking it. Still, we’ll take a brief look at nicotine effects as well, especially in light of the recent events, the deaths which were supposedly caused by vaping.

Without further ado, let’s compare vaping vs smoking weed so you can decide for yourself whether to toss away that vape pen, or prepare yourself a new dose and inhale it with plenty of self-satisfaction.

Let’s start off with the latest news. There have been seven reported deaths and 380 confirmed or alleged cases of severe respiratory illnesses due to vaping. Almost 300 are said to be directly linked to vaping. What is more, you know there must be something wrong if the media magnate CNN has decided to get rid of all types of e-cigarette ads. No more vaping advertisements until the truth is revealed.

So, what exactly is the truth? Let’s take a look at some vaping vs smoking health-related pros and cons.

Both Have Harmful Compounds

This is usually the number one concern for anyone who has ever entered a discussion about vaping and smoking. Here are some of the most common arguments.

Does vaping cause cancer or is it only smoking to blame? Unfortunately, both may be the culprits. While smoking tobacco or weed can without a doubt be damaging, vaping has raised some major health concerns, too. For example, cancer expert Dr. Diana Martins-Welch has no qualms about prescribing medical marijuana to her patients. Nevertheless, considering the latest vaping lung disease outbreak, she is strongly advising her patients to start smoking cannabis instead of vaping it.

There’s no such thing as second-hand smoking if you’re using a vaporizer, so your environment won’t have to endure the smoke and inhale the hazardous gas or potentially get high. Is vaping better than smoking cigarettes or weed? In this respect, definitely yes!

If you’re environmentally conscious, then you must be worried about all those vape pens. The environmental footprint of smoking is a joint is tiny. Few toxic gases and a small, completely biodegradable residue.

In contrast, the multitude of vaporizers has lots of components that require special treatment. Batteries must be separated, and not all products have the label “recyclable” on them. Is vaping safer than smoking regarding our planet? Definitely, no!

What does it take to make a joint? A piece of paper, some weed, and a little skill in rolling it up. And, that’s it! You don’t need anything else but that. Oh, and of course, a lighter or a match to spark it. It doesn’t get easier than that. The only downside could be that if you’re smoking it indoors, your premises will absorb the smell. Generally, in this vaping vs smoking duel, smoking is the obvious winner.

In contrast, vaping has quite a to-do list if you wish to vape as soon and often as possible.

For all these reasons, if you still opt for vaping, do your homework and find the best vaporizer for yourself. All of these vaping factors can vary quite a bit across different brands.

If the previous section was in favor of smoking weed, then this one is clearly pro vaping.

If you’re smoking cannabis, everybody around you will be able to acknowledge the fact. There are the recognizable looks, plus the treacherous cloud around you, giving out that distinctive smell. Basically, it’s like waving a red flag.

Vaping, however, gives you all the privacy you need. Everyone will just assume that you’re taking your daily dose of nicotine. This matters not just because it lets you hide the fact that you are high, but it is extremely convenient for those using medical cannabis. If you have your prescription and wouldn’t like to be seen swallowing pills or dropping CBD oil under your tongue, then vaping is a sure way to have your cannabis dose regularly.

The only downside here why one could consider vaping worse than smoking is that the overall availability and discretion has made it easier for teenagers to get hold of it. While cannabis is extremely beneficial regarding a myriad of issues such as cancer, depression, anxiety, opioid addiction, ADHD, and even autism. Still, it is not made for teenage brains as it can have a detrimental effect on the young organism.

What About the High?

The real reason why you are here. Does vaping get you higher than smoking or it is just a myth? As usual, there is some truth in it.

Vaping is reported to give you a “cleaner” high, but what does that mean exactly?

The combustion method is what makes all the difference in this vaping vs smoking high contest. The ability to regulate the temperature allows you to enjoy the terpenes and cannabinoids more while vaping marijuana. Some of them are destroyed by the fire in a joint, so you get less of the entourage effect that way. This is also the reason why there’s a difference in flavor. As more taste-pleasing terpenes are saved via vaping, you will get a richer taste by using the vaporizer. In a nutshell, you’ll feel more active if you’re using vape pens.

Is vaping better than smoking in this respect, then? Well, if you wish to get so stoned that it’s hard to get off the sofa, you will probably achieve it faster with a joint. As those previously mentioned harmful chemicals are released, they also make our bodies slightly weaker, so you will feel that THC kicking in more intensely. Plus, all cannabinoids are released at the same time, as opposed to heating them gradually when vaping CBD oil.

Is Vaping Cheaper Than Smoking?

Health, euphoria, practicality, these are all important factors, but let’s discuss the unavoidable—money matters. After all, how much you are going to vape or smoke depends on your finances too.

Opinions differ on the matter. First, buying rolling paper and some cannabis is all the investment you need for smoking. As opposed to this, there are all the financial vaping facts to consider. Is vaping worse than smoking in this respect? Perhaps.

For example, what kind of vaporizer would you prefer? Do you wish for a desktop vaporizer, which will set you back a few hundred dollars? Or perhaps your preferences lie with dry herb vaporizers? Maybe you want to try out a pen vaporizer instead? The prices for the best vape pen vary from $50 to almost $400. Also, those cartridges can be costly, too.

Yet, some argue that if you’re a heavy user, it would pay off more to vape than to smoke! These are two main arguments for considering vaping better than smoking:

To sum up, if you’re a diligent pot user, it would make sense that vaping will save you money. For occasional cannabis consumers, smoking is the more affordable option.

Indeed, everybody around you is waving their e-cigarette or a vaporizer, but that’s only after they’ve practiced at home.

Learning how to smoke is much easier than learning how to vape. Even when you master the technique of inhaling and exhaling, there are plenty of overwhelming choices. When you smoke, you just pick a certain strain, and that’s it. As opposed to this, there are so many different cannabis cartridges with oils and various added ingredients. We have already mentioned the distinct vaporizers. You’ll be spoiled for choice, and a bit confused.

Is there anything perfect in this world? No, afraid not. Are we all the same? No, we aren’t. Our habits, lifestyles, skills differ, as well as the ways we react to cannabis and all its wonders. Therefore, it’s difficult to say if there is a real winner in this vaping vs smoking debate. Perhaps we’re a tad more inclined to vaping for now, as long as the use is moderate. The latest news hint it’s vitamin E that is to blame for all the respiratory diseases caused by vaping. We’ll be keeping a watchful eye and let you know when any new information appears.

Is it better to vape or smoke?

The answer depends on what your final goal is. If you wish an ultimate, overwhelming high, go for a joint. Should you wish to preserve the environment, the same. For a full flavor, choose vaping. To completely avoid the risk of getting cancer caused by chemicals triggered by combustion, steer clear of both of them.

In case you’ll be getting ready for a drug test any time soon, bear in mind that vaping will probably give you more THC content. Fortunately, there are ways around the tests.

What are the health benefits of vaping vs smoking?

When you are vaping, you will be exposed to a smaller amount of toxins (provided that you have a high-quality vaporizer and cannabis material). Furthermore, your body will absorb a greater quantity of terpenes and cannabinoids with all their precious benefits.

What does vaping do to your lungs?

According to one study, vaping can cause wheezing. People using vapers are two times more likely to suffer from wheezing (occurrence of abnormal or narrow airways). This may lead to lung cancer or sleep apnea.

Can you get lung cancer from vaping?

There is a possibility for this to happen. Remember that vaping is a recent invention and it takes more research to fully determine both the good and bad sides of it. At the moment, research suggests vaping exposes you to some toxic, cancer-related materials.

What Are Cannabinoids and Why Are They So Beneficial? 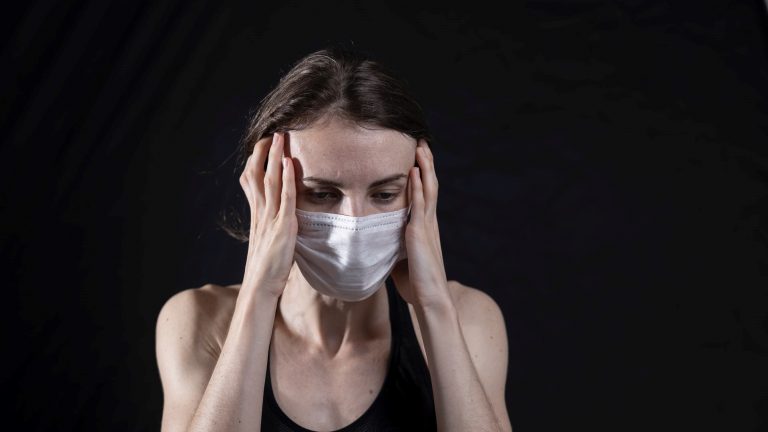 34 Helpful Anxiety Statistics to Aid Your Battle in 2021

CBD Research: An Insight Into the Top Studies and Trials