Cannabis plants contain over 100 cannabinoids, but only a few of them are well known. Cannabidiol (CBD) is one that has become extremely popular in the past couple of years. What other fancy cannabis-derived substances exist?

While browsing around dispensaries or CBD stores, you might have stumbled across the term RSO, or Rick Simpson oil. So what is RSO and what does it do? To put it briefly, it’s an oil derived from strains of cannabis that are very high in THC (the molecule in cannabis that gets you high).

This article shares all about RSO oil, what you can do with it, side effects, and even how you can make it!

RSO (Rick Simpson Oil) is named after the creator of the oil. Can you guess his name?

Rick Simpson is a former engineer and current medical marijuana activist. In 2003, a form of skin cancer popped up on his arm. Simpson had successfully treated other symptoms with cannabis in the past, so he decided to try it out for cancer. He was also inspired by a study from the Journal of the National Cancer Institute where THC was found to kill cancer cells in mice.

He applied concentrated cannabis oil (his first form of Rick Simpson’s oil) to a bandage and left the spots covered for several days. After four days, he removed the bandage and his cancerous spots were gone! After this miracle, Rick began cultivating his own cannabis plants to create his own specialized form of cannabis concentrate (now known as Rick Simpson Oil, or RSO). His mission was to distribute his oil to those who needed it, completely free.

Apparently, Rick Simpson helped treat thousands with his RSO recipe but soon had to deal with legal problems. What is the RSO oil method in the eyes of the government? Well…Simpson’s home was raided on multiple occasions and he had over 2,600 plants cut down and confiscated by the Canadian police, but Simpson continued to distribute cannabis oil.

He’s currently in Europe and can’t enter the USA after these legal issues. Even after all of this, Rick Simpson continues to promote his passion for cannabis through his books and speeches.

What Is RSO and How Can We Use It?

Rick Simpson oil is made with a very high amount of THC, anywhere from 20%–90% (or even more). To put this in perspective, marijuana typically contains around 15% THC. It’s most often used for medical issues.

RSO has been said to treat:

Are There Any RSO Oil Side Effects?

Since there is a high amount of THC, Rick Simpson oil isn’t free of side effects like CBD is. Large doses of THC can stimulate the following negative side effects:

Do these sound familiar? THC is the acting molecule in marijuana as well, which is why the side effects of RSO are very similar. They don’t sound great, but thankfully, they won’t last forever. Any side effects disappear once THC has left your system.

The possibility to heal cancer has caused the most buzz around RSO. Like we shared in the intro, Rick Simpson discovered that his oil caused cancerous bumps on his arm to completely disappear! He simply put it on a bandage, covered his spots with it for a few days, and they were gone when he removed it.

Obviously, we shouldn’t only believe the claims of one man, and a few studies share that cannabis oil has shown to kill off cancer cells. Even so, there isn’t sufficient scientific evidence yet. However, there’s no reason not to try it out while getting chemotherapy or other cancer treatments.

When comparing these two popular cannabis-derived oils, it’s helpful to remember that RSO is essentially the opposite of CBD.

CBD is praised because it contains trace amounts of THC and is easy to obtain. The Rick Simpson oil recipe has much higher amounts of THC – even higher than marijuana! People love CBD because it’s legal and has very mild side effects, if any. This is due to the very low amount of THC.

RSO might be the better choice for intense symptoms like cancer, but CBD works great for many other issues. It helps with pain, anxiety, depression, PTSD, acne, and more.

Although there are plenty of RSO for cancer testimonials from people who have tried it, scientific research is still important (especially since many people are using it for cancer).

There are many other studies that show THC improving nausea, appetite issues, pain, and other symptoms that often occur with cancer treatments.

Since there isn’t much research behind RSO and THC actually healing cancer, it’s not recommended in place of cancer treatments. Even Rick Simpson believes this. It worked well for him, but he knows that every form of cancer is different and there’s not enough research behind it.

However, there’s no harm in trying it out while getting cancer treatments – it could even make the treatments more effective like the first study above shows!

How to Take RSO

There are a few ways you can take RSO.

As uncomfortable as the last method sounds, RSO absorbed into the colon will not get you high like the other methods. You might experience a slightly heavy feeling, but nothing extreme. This lets you reap the benefits without disorientation or other side effects of THC.

In addition, this method is more beneficial if you have bowel or prostate cancer.

Rick Simpson’s dosage recommendations from his 90-day treatment regimen are very specific. It starts out with three small daily doses, then slowly progresses to the full one gram (1 ml) per day after a few weeks.

If you’re not following his regimen strictly, your best dosage always depends on how high the THC content is. If it’s 75%, you’re going to want to use less than a 55% THC Rick Simpson oil.

It also depends on other factors such as your weight and past experience with cannabis. If you’ve smoked marijuana every day for years, you’ll probably need a higher dose than a newbie.

Where to Buy Rick Simpson Oil

Since it’s well over the legal limit of THC content in the United States, RSO oil can only be purchased in marijuana dispensaries or made yourself. If cannabis isn’t legal in your state, you’ll need to get a medical marijuana card.

Side note: If you’re unable to find RSO oil for sale or acquire legal cannabis, try CBD! It’s legal in all 50 states (as long as it has 0.03% THC or less). There are a number of CBD oil benefits that you can reap, plus much less drastic side effects.

You can also make RSO oil yourself!

How to Make Rick Simpson Oil

DISCLAIMER: High THC products are illegal in many states and countries. Please be aware of your local laws before trying to make your own!

Making RSO at home is just as easy as making CBD oil! There are many tips from Rick Simpson himself at his Phoenix Tears website. He even has several books on the topic!

For newbies learning how to make RSO, Rick states that Indica cannabis strains work best. It’s not good to use a strain that contains more than 10% Sativa. You only need an ounce (or 30 grams) to make 4–5 grams of high-grade oil. The particular amount of oil produced will vary depending on the strain. On average, a pound of cannabis should produce at least 60 grams of RSO oil.

Rick Simpson states that the best solvent for RSO is either light aliphatic naphtha, ether, or 99% isopropyl alcohol. These are the only solvents that Rick Simpson himself has experience with. If you’re trying another solvent out, it should be colorless.

Check out Rick Simpson’s recipe to get a detailed, step-by-step explanation of how to make this substance from the comfort of your own home!

We hope we’ve demystified what is RSO to you and all your questions about it have been answered! If Rick Simpson’s claims are true, then RSO oil has incredible potential for cancer and other diseases. Many people believe RSO oil is doing wonders for their health. Even with the small amount of research, there’s hardly any risk in trying it out for your symptoms!

How much does RSO cost?

Sadly, Rick Simpson’s days of giving away his oil for free are over. Now, many marijuana dispensaries sell RSO for hefty prices. However, you can also make it at home for cheaper with Indica cannabis strains! When you make it at home, it will only cost the price of the cannabis and supplies used.

Is the Rick Simpson oil method recommended for cancer?

As we mentioned above, it’s definitely not recommended instead of cancer treatments. However, it’s not a bad idea to try it out at the same time! One of the studies in our research section above even showed that combining the two might enhance the effects of cancer treatments.

Why are there RSO CBD products online?

A couple of CBD companies are taking advantage of the trend and labeling their (very low THC) products as Rick Simpson oil. This confuses many because an authentic RSO oil is made with a high THC content. It won’t provide the same cancer-fighting effects as a THC-rich RSO cannabis oil will. If you can purchase it online, it’s definitely not high in THC.

What are the RSO oil benefits?

RSO is commonly used as a cancer treatment. However, it also works for a number of other symptoms such as pain, multiple sclerosis, inflammation, high blood pressure, and more. It has many similar benefits to CBD!

Does RSO get you high?

Yes, as long as it’s the type that’s made with a large amount of THC.

Is it possible to overdose?

Can you dab RSO?

RSO is usually consumed orally, topically, or through suppositories. Dabbing it is not advised.

Can I use RSO for pain? 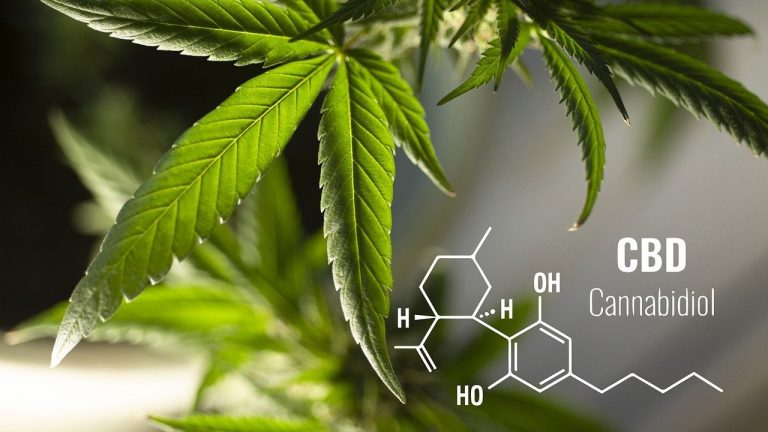 What Is CBD & Why Is It So Buzzworthy? 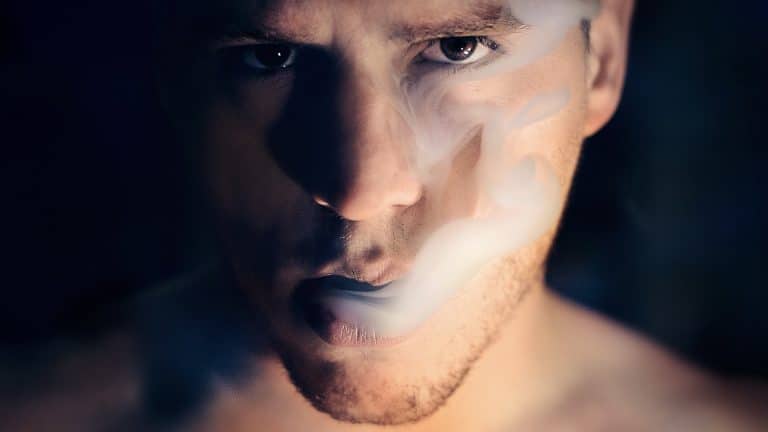 What Is THC & Why Can’t We Get Enough of It? 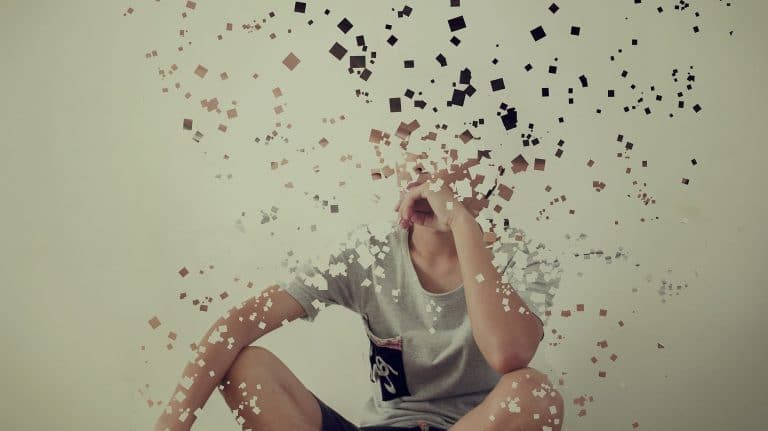 39 Stress Statistics We Should Avoid Repeating in 2021 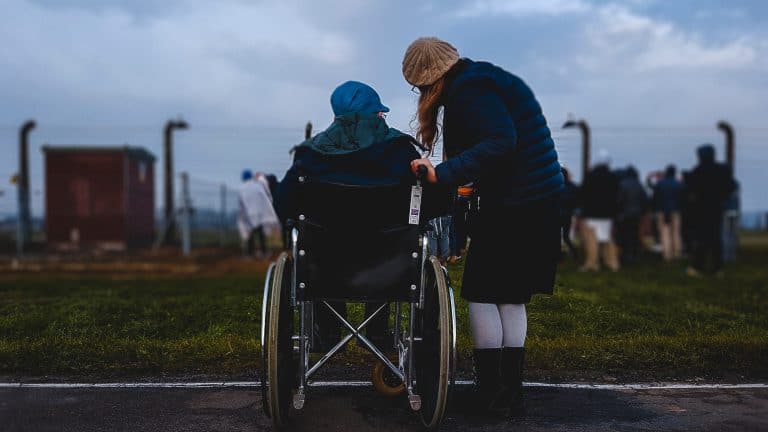 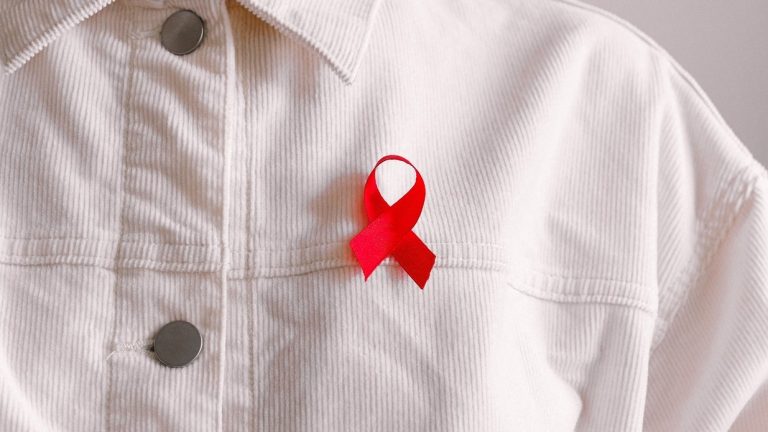 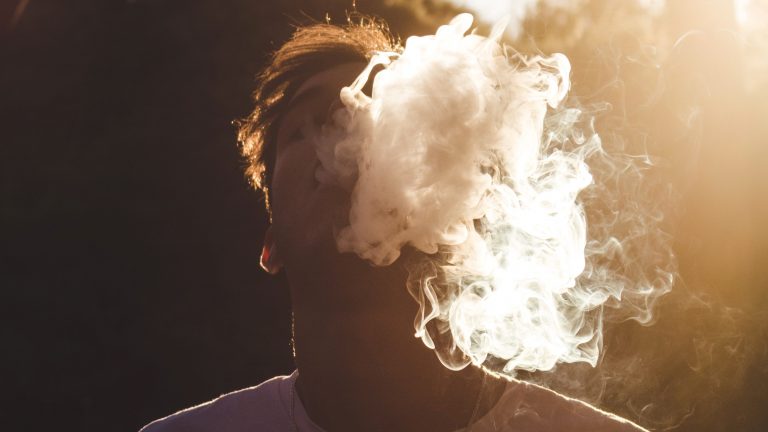