So you’re looking for the best CBD suppositories on the market? Well, you’ve come to the right place!

Here, we’ll give you the lowdown on what CBD suppositories are, how they work, and the best brands to buy.

There’s no need to be shy about it. CBD suppositories are perfect for couples looking to spice up their intimacy. Not only do they provide all the benefits of CBD, but they’re also discreet and easy to use. Also, they can be efficient for resolving pain issues.

That said, let’s take a look at the best brands to buy. Here are our top picks:

These products are approved by our health board. If you buy products through links on this page, we may earn a commission from our affiliate partners. Read our full Affiliate Disclosure.. 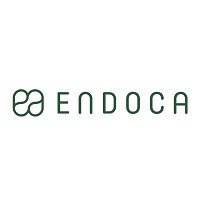 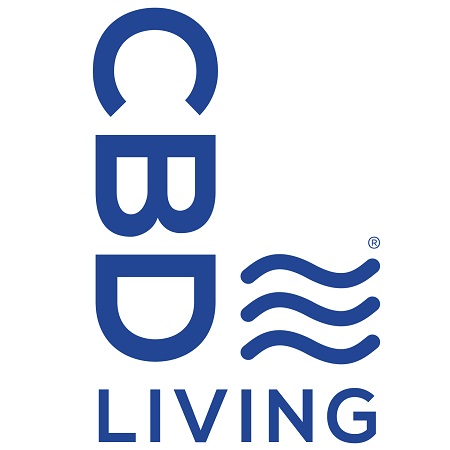 They can help ease discomfort, increase lubrication, and even relieve tension. Plus, they’re vegan and gluten-free!

With no fragrances or additives, Foria’s Intimacy Suppositories are perfect for those looking for a more natural way to enhance their sex life.

Most importantly, they are easy to use. Simply insert them vaginally or anally 30–60 minutes before sex, and you’ll be good to go! They’re also safe for oral sex, and they smell like chocolate, but please do not eat them! Thank us later.

Depending on your needs, you can use these unique CBD vaginal suppositories before or after sex or even for solo play. To spice up your sex life even more, we recommend adding Floria’s Intimacy CBD sex oil into the bargain.

Want to find a CBD product that packs a punch? Try Endoca’s CBD suppositories! Not only will you get highly-potent CBD suppositories with 500mg per package, but these little guys also deliver 50mg of full-spectrum CBD extract per serving. As a result, they’ll help you feel more relaxed and ease any pain or discomfort.

These full-spectrum CBD suppositories are composed of raw hemp extract — namely, they contain other cannabinoids and terpenes (such as Myrcene, Limonene, and Linalool). Likewise, thanks to the entourage effect, they are more effective than CBD isolates.

Plus, due to the consumption method, CBD dissolves rapidly and smoothly, so they  are perfect for those who have trouble swallowing pills or capsules but are in serious need of pain relief. Bear in mind that rectal administration makes CBD travel into your bloodstream 10 times faster!

Endoca’s suppositories can be inserted either anally or vaginally. Just add a little water to lubricate them before inserting.

If you’re looking for a fast, easy way to get relief from localized pain, CBD Living offers just the thing. Namely, CBD Living suppositories deliver 50mg of organic nano-CBD extract directly to the source of pain.

As it appears, CBD Living created one of the best CBD suppositories for pelvic pain and chronic ulcerative colitis. According to most rave reviews, they are of immense help for pain and general tightness and are also helpful against painful menstrual cramps (just make sure to put them in before you put the tampon).

However, what makes CBD Living Suppositories stand out from the competition is the usage of nano-technology and a PCCA MBK fatty acid base that has a low irritation profile, which is great if you belong to the super sensitive bunch.

Nano-technology is what makes these CBD suppositories for cramps and pain issues highly bioavailable and easily absorbable. In short, the CBD is rapidly absorbed into your system, providing fast relief (and enjoyment)!

Next in our CBD suppositories reviews, we have Mello, a brand that knows its way around CBD. For one, they created specially formulated CBD suppositories that will not only make your booty & vajayjay happy, but will also help you with other less sexy conditions, such as IBS and lower body discomfort.

These babies can help increase sensitivity and sensation while also aiding with dryness and lubrication. Plus, they contain a whopping 75mg of CBD — enough to relieve pain, reduce anxiety, and lift your mood.

Just insert them in your rectum and enjoy the relaxation and pain relief that Mello Bottoms CBD suppositories provide in as little as 10 minutes!

Thanks to organic coconut oil, cocoa butter, and frankincense oil, these suppositories will also help with the swelling and inflammation of inflamed tissues in the rectum, providing much-needed relief, especially if you suffer from chronic hemorrhoids.

Pharma Hemp is your best bet for finding unique, high-quality CBD suppositories for hemorrhoids. Not only do they contain a mixture of super-useful cannabinoids — CBD, CBDa, CBG, CBN, and CBC — but they are also enhanced with probiotics, which is great for your gut flora.

What we liked, in particular, was  that each suppository contains 25mg of CBD and 20 billion probiotics (plus all-natural ingredients like coconut oil, hemp oil, cocoa butter, and frankincense oil) to keep your microbiome healthy and happy.

As you know, probiotics are a great way to ease constipation and get back on a regular schedule, which should help reduce your hemorrhoid pain.

In addition to that, Pharma Hemp suppositories are gluten-free, dairy-free, and peanut-free — making them the perfect CBD rectal suppositories in our book.

Besides being specially formulated to help keep things in balance, they come in a super easy-to-use capsule form. No need for awkward insertion — just apply a light coating of water-based lubricant directly to the suppository, insert it carefully past the sphincter muscle, and you’re good to go!

Pharma Hemp also sells CBD oil suppositories with ozone-oxygen that offer powerful therapeutic and healing effects, and we believe they’re worth a try too.

Harmony is one of the most transparent brands on the CBD market, the first CBD company that received the USDA Certified Organic stamp of approval for CBD flowers and seeds, and one of the best vertically-integrated companies.

At any rate, we were more than pleased with Harmony’s CBD suppositories for pain. These little guys are packed with all the goodness of the brand’s classic hemp-derived CBD oil, along with organic coconut oil to help boost absorption. Therefore, only three ingredients, and we know simplicity is the best.

What Are CBD Oil Suppositories & How to Pick the Best

In essence, a suppository is a small, compact piece of medication that’s inserted into the vagina or rectum for absorption. This helps bypass the digestive tract so as to enter the bloodstream quicker through the mucous membrane in said areas.

So, what are CBD suppositories good for?

For a lot of things, in fact, including:

CBD is known for its anti-inflammatory effects. Many studies show it helps relieve chronic pain, insomnia, and anxiety which are often associated with PMS.

CBD suppositories can provide almost immediate relief when it comes to menstrual cramps, pain, and inflammation as they enter the bloodstream faster than other CBD products.

Even though suppositories are inserted in the same fashion as tampons, you should not put any CBD oil on your tampon.

Regarding the dosage, start low and increase the dose if needed. Keep track of your results to determine the correct dosage.

Using CBD suppositories for hemorrhoids is a great way to get rid of targeted pain. When put into the rectum, suppositories dissolve almost immediately, releasing cannabinoids into your bloodstream.

Pelvic floor dysfunction can be described as the inability to coordinate and relax your pelvic floor muscles, resulting in constipation, a frequent need to pee, and experiencing pain during penetration.

On that note, CBD can soften the pelvic floor muscles by improving the blood flow into the mentioned area.

What to Look For in a CBD Suppository?

When shopping for the best cannabidiol suppository for you, bear in mind the following:

CBD oil suppositories come in different dosages, ranging from 10mg to 75mg per serving. If you don’t know your CBD tolerance, try the lowest potency first. Also, do remember the CBD will hit you fast within minutes.

We recommend going for full-spectrum products to get the most out of CBD (also the entourage effect). However, if you’re not a fan of the bad boy, THC, opt for broad-spectrum or isolate.

Always check the full list of ingredients as you will be applying the suppository to highly sensitive areas. One of the most common extra ingredients is coconut oil, but the suppository may contain cocoa butter, frankincense oil, etc. Nothing wrong with that unless you are sensitive or allergic to some of them.

In addition, a probiotic CBD suppository is very good for gut health.

Third-party testing is critical for determining the quality and potency of CBD oil suppositories. Avoid brands that don’t offer their products’ lab results by a third party (either on their website or on request).

CBD-infused suppositories are generally considered safe and well-tolerated by most people. Nevertheless, there are a few precautions to consider before using them.

For instance, avoid CBD suppositories if:

Can You Use CBD Suppositories with Condoms?

To find the answer to this one, it’s best to contact the manufacturer themselves. CBD oil suppositories are oil-based, which means they can damage latex and poly-isoprene condoms. However, they should be safe to use with polyurethane or nitrile condoms.

Some CBD lubes are compatible with latex, so this does not have to refer to them.

Now that you know all about CBD suppositories and where to buy them, how about giving them a go? Suppositories may seem like an unusual way to take CBD, but they can be a great option for people who require fast relief from pain or anxiety or simply wish to experience a more intense intercourse. Plus, they’re super easy to use.

So, what are you waiting for? Give CBD suppositories a go!

Disclaimer: CBD suppositories are currently not approved by the FDA. You are using the products at your own responsibility. Always consult with a licensed physician if you have any qualms or doubts about using CBD oil. There may be some changes to the products by the companies themselves after the publishing date.

Yes, they do. In fact, CBD suppositories offer many advantages. They are easy to use, discreet, and provide stronger effects (compared to other consumption methods) since CBD dissolves almost immediately into your bloodstream.

They can also help with menstrual cramps, hemorrhoids, pelvic floor dysfunction, the symptoms of menopause, vaginal dryness, and many more.

How do you insert a CBD suppository?

To use a CBD suppository, you’ll need to insert it into your vagina or rectum. Before you do anything, pop it in the fridge for a bit to make it nice and firm, then follow these easy steps:

How long does a CBD suppository last?

Suppositories can last up to 8 hours, while it takes them 15 to 20 minutes to absorb into your body. However, this is entirely individual. In other words, to determine the correct dosage, you’ll have to experiment. Always start low and increase the dosage if needed.

Can CBD suppositories cause side effects?

Some people may experience minor side effects like dizziness, fatigue, or diarrhea. These side effects are usually temporary and typically resolve within a few hours of stopping use.

Where to buy CBD suppositories?

Not many brands sell CBD suppositories since these babies are relatively new on the CBD market. However, if you do a little research on the internet, you’ll find a few places where you can get your suppository.

On that note, some of the most popular brands that, in our opinion, offer the best CBD suppositories are Foria, Endoca, CBD Living, Mello, Pharma Hemp, and Palmetto Harmony and you can purchase them online.