What Is Epidiolex & Why FDA Has Approved This CBD Oil 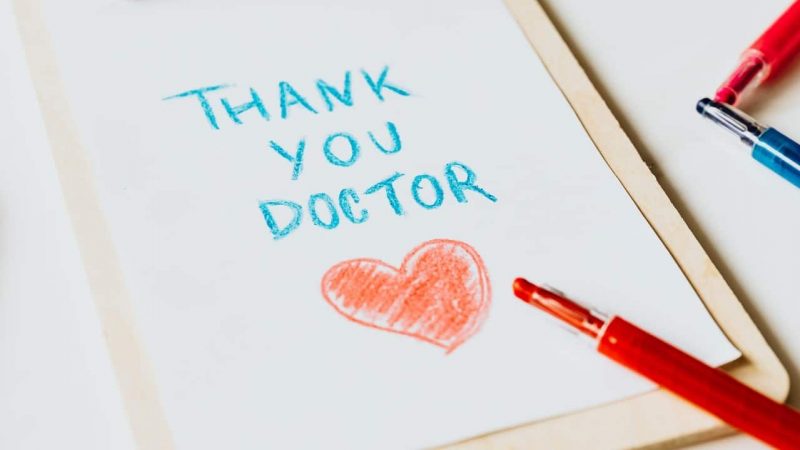 What is Epidiolex, and why is it considered a groundbreaking medicine? There are several good reasons for it, and we’ll go through the major ones. It belongs to a group of cannabis medications that are currently revolutionizing the world of medicine.

In this article, we’ll talk about Epidiolex, its usage, effects, and cost.

Interestingly enough, while marijuana and its most famous compounds (CBD and THC) are familiar to the general public as a simple relaxation aid, the FDA-approved cannabis drugs are used to treat extreme conditions such as epilepsy, AIDS, and cancer.

In other words, Epidiolex paved the way for others to come. The story of Epidiolex is not just a success story but a real heroic tale of parents fighting epilepsy and convincing a pharmaceutical giant to commence the production.

Once upon a time, there was a boy named Sam Vogelstein, who had been struggling with epilepsy since he was 4. By the time he turned 6, his seizures had become more frequent and violent — up to 100 per day!

Sam’s parents, Fred Vogelstein and Evelyn Nussenbaum, had tried every AED medication possible, the ketogenic diet, and applied every piece of advice they received or read in literature.

Eventually, they tried CBD on their son, and it worked! He responded to the treatment, and the seizures were minimized. However, for treating epilepsy, Sam Volgestein needed a regular, set dose of CBD.

There were issues with the CBD legal status in the US, as well as the fact that cannabis products are not FDA regulated. Consequently, the CBD amount in them constantly varies. For treating epilepsy, Sam Volgestein needed a regular, set dose of CBD.

Evelyn Nussenbaum came across GW Pharmaceuticals CBD. They had all the needed facilities for the production, including cannabis sativa greenhouses. The parents managed to reach the company’s chairman, and the rest is history. Thanks to their endeavors, their son has been seizure-free for years and millions of other children have been given hope. Epidiolex is FDA-approved and available to epilepsy patients.

Now, let’s see what it says on the Epidiolex label.

What Are the Ingredients in Epidiolex?

This orally administered cannabidiol solution has a strawberry flavor. It’s gluten-free and white to pale yellow in color. Epidiolex contains 100mg/ml of CBD. As you may already be familiar with, CBD is one of the two basic cannabis compounds that does NOT get you high (that’s THC’s job).

Its healing properties are numerous, and it is already used for a variety of cases, though not all of them are officially recognized.

Epidiolex needs to be kept in an upright position at 68–77°F. You must not freeze it, and you need to use it within 12 weeks of opening the bottle.

What Is Epidiolex Used For?

Epidiolex is an FDA-approved CBD oil for seizures. It can be used by children (over 1 year old) and adults. It’s prescribed to help with Lennox-Gastaut syndrome and Dravet syndrome.

Regarding Epidiolex approval in the UK, in 2021, the MHRA authorized its use for the treatment of seizures associated with Tuberous sclerosis complex.

Epidiolex could also be used for the treatment of infantile spasms or West syndrome in the future. Namely, the cannabidiol effect has been tested, and there are some interesting research results.

How Does Epidiolex Work?

The researchers still don’t know how exactly Epidiolex works. However, studies suggest it interacts with other non-cannabinoid receptors in our brain.

For example, Epidiolex can slow down messages and signals sent in our brain by changing the calcium levels in brain cells. In addition to that, it can decrease inflammation in the brain. Moreover, a trial on cannabidiol for drug-resistant seizures in the Dravet syndrome show that by taking 20 mg per kg per day, Epidiolex can decrease the number of convulsive seizures.

How to Determine Epidiolex Dosage

Epidiolex’s dosage is calculated by weight.

Epidiolex bottle contains 100 mL of solution and two 5 mL syringes that can be reused. You can also obtain a 1 mL syringe from the pharmacist if needed.

Just like any medication, Epidiolex has a sizable list of potential side effects. For this reason, it can only be obtained through a doctor’s prescription and bought in pharmacies, not dispensaries.

Also, this medicine is not for you if you are allergic to CBD!

A person using Epidiolex for seizures may experience some of the following side effects:

Less common Epidiolex side effects include:

Some side effects such as rash, insomnia, or increased saliva may occur at the beginning and disappear later when the body gets used to the medicine.

Consulting with the physician is obligatory, especially since Epidiolex is known to cause liver issues. Yellow skin or eyes are emergency warning signs. It also interacts with other drugs, especially the ones used for relaxation or sleep.

What Is the Epidiolex Cost?

At the moment, Epidiolex is still being criticized for its high cost, making it unavailable to many people. However, compared to its pharmaceutical competitors, such as Fycompa, the price isn’t as high as it seems.

Why is the public dissatisfied? The majority argues that the price is too high. If Epidiolex is nothing much more than CBD oil, the difference between the medicine and a dispensary-purchased CBD bottle is extreme.

For instance, a similar non-FDA-approved CBD oil could cost $3,840.

The Epidiolex price is still competitive, though, but only when medical insurance covers it. Otherwise, it costs an arm and a leg, similarly to other epilepsy meds, and people usually tend to need several of them.

Epidiolex and Other Conditions

As mentioned before, Epidiolex is approved for the treatment of seizures caused by Dravet syndrome, Lennox-Gastaut syndrome, and TSC.

Although studies suggest CBD can help relieve the symptoms of many other mental and physical disorders, the FDA doesn’t approve of using Epidiolex for anxiety, schizophrenia, multiple sclerosis, autism, pain, and migraine.

To sum it up, Epidiolex is the first “real” cannabis drug that got the FDA blessing. It’s prescribed as a treatment for seizures caused by Lennox-Gastaut syndrome, Dravet syndrome, and Tuberous sclerosis complex.

It’s also important to mention that Epidiolex can be used by children (over one year old) and adults.

Is Epidiolex the same as CBD oil?

Epidiolex is similar to CBD oil in the sense that CBD oil is its main ingredient. However, dehydrated alcohol, sucralose (artificial sweetener), and sesame seed oil are the additional ingredients of Epidiolex. A typical bottle of CBD oil contains CBD and one carrier oil, whereas you’ll hardly find any with dehydrated alcohol.

Unlike CBD oil, Epidiolex is FDA approved for the treatment of Dravet syndrome, Lennox-Gastaut syndrome, and Tuberous sclerosis complex.

What percentage of THC is in Epidiolex?

Epidiolex does not contain THC in any form. Even though Epidiolex is also made from Cannabis Sativa like CBD oil, the medicine hasn’t got the psychoactive ingredient.

What schedule is Epidiolex?

Epidiolex is classified as a Schedule V drug. This is the lowest level for controlled substances. For example, cough medicines belong to this category.

Does Epidiolex get you high?

No, Epidiolex won’t get you high since it doesn’t contain any traces of THC. It has only CBD, and CBD is non-psychoactive.

Table of Contents
Epidiolex — the First FDA Approved CBD Oil What Are the Ingredients in Epidiolex? What Is Epidiolex Used For? How Does Epidiolex Work? How to Determine Epidiolex Dosage  Epidiolex Side Effects What Is the Epidiolex Cost? Epidiolex and Other Conditions Conclusion

What Is Hookah: Fine Instrument for Smoking Weed and Shisha 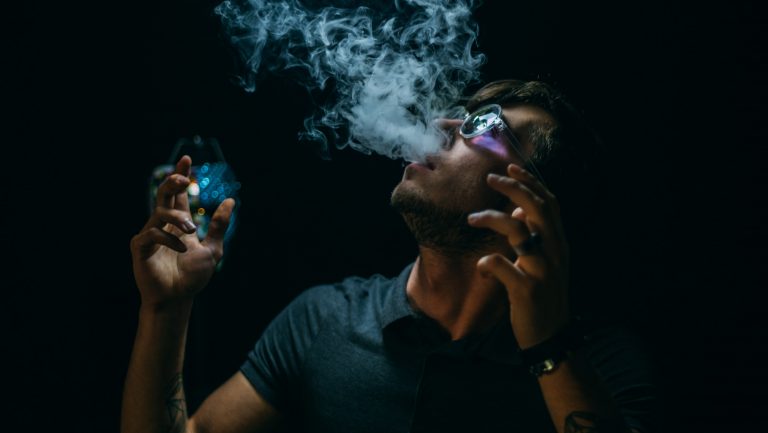 CBD Oil for Anxiety: Benefits of This Natural Medicine 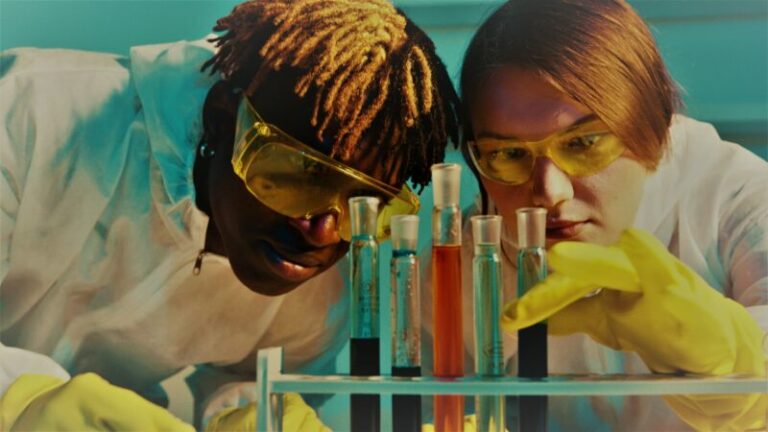 How Long Does Delta 8 Stay in Your System & Why